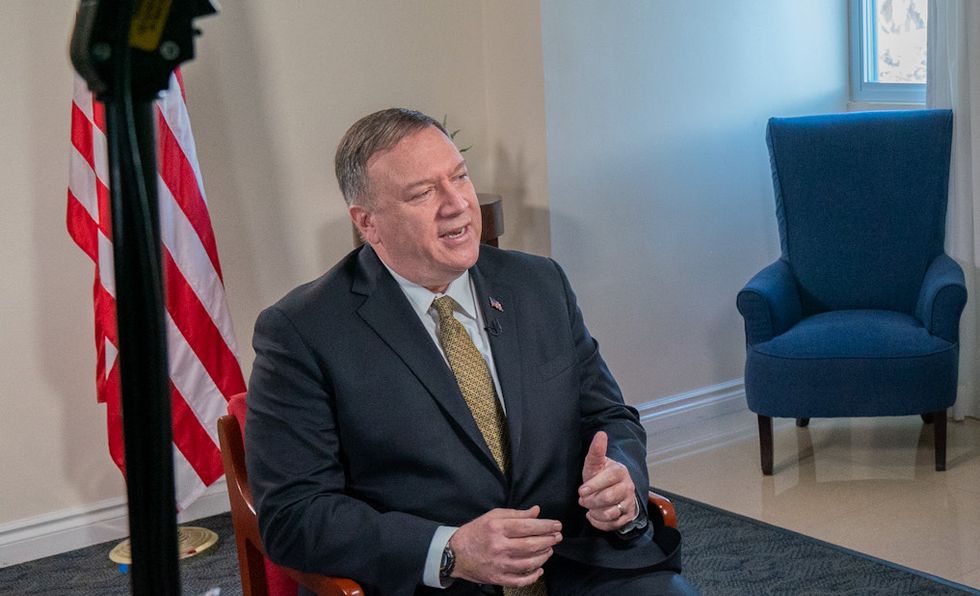 NPR host Mary Louise Kelly reported on Friday that, after she conducted an incisive and revealing interview with Secretary of State Mike Pompeo that exposed his lies about the Ukraine scandal, he privately berated her.

"I was taken to the Secretary's private living room where he was waiting and where he shouted at me for about same amount of time as the interview itself," Kelly told Ari Shapiro, the host of NPR's "All Things Considered." "He was not happy to have been questioned about Ukraine."

She said that he asked her "Do you think Americans care about Ukraine?"

Pompeo "used the F-word in that sentence and many others," she said.

After that, she said Pompeo challenged whether she could find Ukraine on a map, and his aides brought out a world map with no names on it.

She said she pointed to Ukraine, and Pompeo put the map away.

"People will hear about this," he reportedly told her.

"Pompeo is seen as a leading presidential candidate for 2024," noted Maggie Haberman of the New York Times on Twitter. "There will likely be many such questions during that campaign."

During the interview itself, Pompeo was rude and dismissive. As I wrote about earlier, Kelly expertly grilled him over his failure to defend his own department employees, which clearly irritated him.

But even just by bringing up the Ukraine matter — he seemed only to want to discuss Iran — she had clearly irritated him (though she said she had told his staff beforehand that she'd discuss Ukraine):

Kelly: Can you point me toward your remarks where you have defended [fired U.S. Ambassador to Ukraine] Marie Yovanovitch?

Pompeo: I've said all I'm going to say today. Thank you. Thanks for the repeated opportunity to do so. I appreciate that.

Kelly: One further question on this.

Kelly: And you appreciate [crosstalk] that the American public wants to know as a shadow foreign policy, as a back channel policy on Ukraine was being developed, did you try to block it?

Pompeo: The Ukraine policy has been run from the Department of State for the entire time that I have been here, and our policy was very clear.

Pompeo: I've been clear about that. I know exactly what we were doing. I know precisely what the direction that the State Department gave to our officials around the world about how to manage our Ukraine policy.