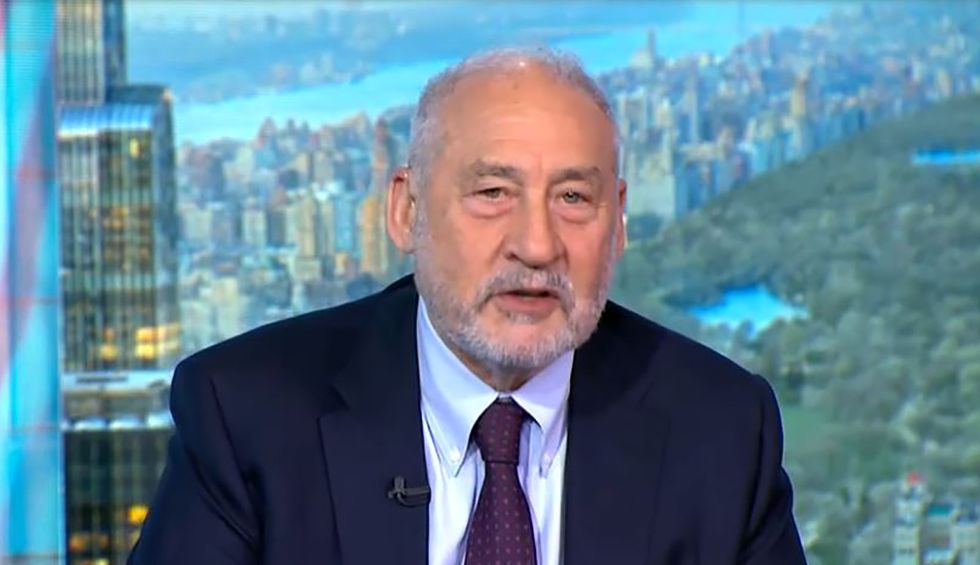 President Donald Trump and his Republican allies have continued to insist that members of the working class have been among the greatest beneficiaries of the post-Great Recession economic recovery in the United States. But Trump’s critics — from presidential candidates Bernie Sanders and Elizabeth Warren to economists Paul Krugman and Robert Reich — have countered that Trump’s economic policy has mainly benefitted the rich. And economist Joseph Stiglitz, interviewed at the annual World Economic Forum meeting in Davos, Switzerland last week, asserted that Trump has done precious little for the American working class.

Trump, in Davos, claimed that a “blue collar boom” has occurred under his presidency. According to Trump, “The American Dream is back: bigger, better and stronger than ever before. No one is benefitting more than America’s middle class.”

“At this point in an economic recovery — it’s been ten years since the Great Recession — labor markets get tight, unemployment gets lower, and that at last starts having wages go up,” Stiglitz explained. “The remarkable thing is how weak wages are, how weak the economy is, given that as a result of the tax bill, we have a $1 trillion deficit.”

The tax bill that Stiglitz is referring to is the GOP-sponsored Tax Cuts and Jobs Acts of 2017, which passed along partisan lines and lowered the corporate tax rate in the U.S. from 35% to 21%. Critics of the law, including Krugman and Reich, have complained that while it greatly benefitted millionaires and billionaires, it left the American working class out in the cold.

Trump’s description of the U.S. economy as being fabulous for the working class, according to Stiglitz, is “just wrong.”

“The Washington Post has kept a tab of how many lies and misrepresentations he does a day,” Stiglitz asserted in Davos. “I think he outdid himself.”