MSNBC slammed for hosting 'body language expert' who claimed Sanders is a liar: 'This is why no one trusts the media' 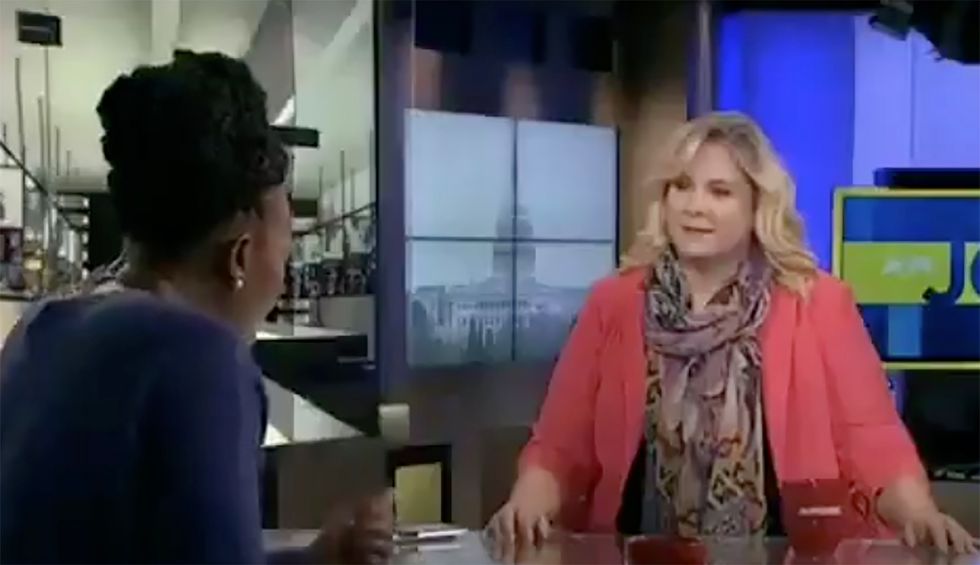 MSNBC and weekend anchor Joy Ann Reid came under fire from progressives and members of the Bernie Sanders campaign Saturday after airing a segment with a "body language expert" who—citing "eye level" and the turtling of the 2020 candidate's shoulders—accused Sanders of lying earlier this week when he denied ever telling Sen. Elizabeth Warren that a woman could not be president.

"This is unhinged," tweeted Meagan Day, a staff writer for Jacobin magazine, in response to the segment. "Genuinely divorced from reality."

The guest on Reid's show "AM Joy" was Janine Driver, who promotes herself as an "international communications expert" and the owner and president of the Body Language Institute. The segment sparked howls of criticism aimed at Driver, Reid, and the network.

"So now the slant is that he's physically intimidating too, oh and sexist," said writer and activist Malaika Jabali. "Totally cool, normal interpretation of someone being spontaneously confronted on national TV. It's getting outrageous."

While both the Warren and Sanders camp have appeared desirous to put the dust-up about what was or wasn't said during a private 2018 meeting behind them, Day—who openly supports Sanders as the better and more progressive candidate—was among those unwilling to disarm so long as the corporate media outlets continue to air such blatant and irrresponsible attacks to their massive audiences.

"I know there's a big push to move on but if the mainstream media is gonna broadcast this fraudulent garbage," said Day, "then I don't feel particularly compelled to drop it."

She was hardly alone.

"MSNBC is a fucking disgrace," said journalist Glenn Greenwald of The Intercept. Greenwald said the use of "bullshit charlatan body language analysis" to call Sanders a liar was "appalling but typical" of the network.

Driver's performance in the interview led many to check her credentials, political leanings, and background:

Media critic Adam Johnson noted, "just to be clear 'body language experts' aren't actually a thing and MSNBC should stop having them on all the time in general."

Johnson—who has long documented the corporate media's bias against Sanders as a presidential candidate—added:

if you're wondering why MSNBC would do something this cynical and stupid it's because we're two weeks from the Iowa… https://t.co/Uw9x2pakSZ
— Adam H. Johnson (@Adam H. Johnson) 1579378095.0

Sanders' national press secretary Briahna Joy Gray also denounced the segment and said the "campaign is owed an apology" by the network.

"What are they going to do next, phrenology?" Gray said. "This is why no one trusts the media."