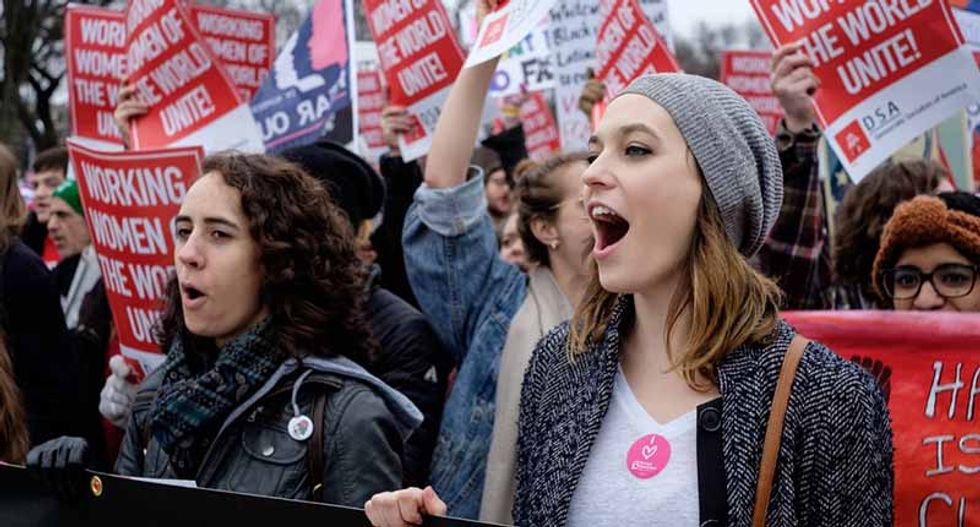 “What is the Church’s stance on feminism?” This is the question addressed in a brief anonymous statement (four paragraphs, thirteen sentences, 224 words) published in January’s issue of the New Era, a magazine for youth published by The Church of Jesus Christ of Latter-day Saints.

The answer isn’t sophisticated; it boils down to “the church approves of feminism that agrees with its values and disapproves of feminism that doesn’t.” Something so anodyne and circular might not seem controversial or surprising. But feminism—along with the “gay-lesbian movement” and questions from “so-called scholars or intellectuals”—were singled out by Elder Boyd K. Packer in his 1993 “Talk to the All-Church Coordinating Council” as especially dangerous to the church precisely because the issues they raise matter to Latter-day Saints, who may feel that “the Church somehow is doing something wrong to members or that the Church is not doing enough for them.” According to Elder Packer, trying to help and comfort people in pain “seems so reasonable and right”—but still, the church as an institution mustn’t validate these concerns because the fault never lies with the church but with the members who, “influenced by social and political unrest, are being caught up and led away.”

Consequently, even a grudging acknowledgment that Latter-day Saints can support feminism is a big deal, even if it’s limited to feminism that “refers to efforts to ensure basic human rights and basic fairness for women, as well as efforts to encourage women to obtain an education, develop their talents, and serve humankind in any field they choose.”

Currently, even people who favor equal rights for women often balk at the feminist label; in 2013, the HuffPost reported that “Only one-fifth of Americans identify as feminists, according to a new HuffPost/YouGov poll. But the vast majority fit the basic definition of the word.”

Encouragingly, the number of both men and women willing to call themselves feminists increased somewhat from 2016 to 2018. This isn’t surprising; thanks to a host of situations and events, including the #MeToo movement and the Women’s March organized in response to Donald Trump’s election, the mistreatment of women has frequently been in the news since 2016.

It’s also not surprising that Latter-day Saints teens would want to know what their church has to say about issues fundamental to their lives.

Which is why I was struck by a passage about the reasons for the statement in the Salt Lake Tribune:

The piece was not prompted by any contemporary issue, says church spokeswoman Irene Caso, including the ramped-up drive to pass the Equal Rights Amendment (which the faith opposes).

The New Era’s content “is planned a year in advance,” she writes in an email, “so renewed interest in anything is typically coincidental.”

The magazine “responds to topics that are submitted by teenagers,” Caso adds. “We’ve addressed questions on dinosaurs, evolution, abuse, young women’s education/career planning, traditional families, mission ages, the environment, and many other topics.”

Why deny or downplay the fact that the magazine is addressing a topic important to people today? Church employees are supposedly able to seek spiritual guidance in doing their job as the Lord would see fit; would it really be weird for the staff of a church magazine to be inspired to create content for its teenage members? Why is the church so anxious to look like it’s somehow the one entity on earth that isn’t responsive to its environment? Even rocks can crack under extreme temperatures, be crushed by bigger rocks, or worn smooth by water. But somehow, The Church of Jesus Christ of Latter-day Saints doesn’t notice what’s going with feminism unless a teenager sends a question about it to the church’s magazine?

And the hierarchy said no. No, they weren’t going to get any ideas about how to serve their flock from the people in it.

This is why, even though it’s supposedly led by men entitled to divine guidance, the church will always play catch-up on social issues: because it won’t admit to knowing or caring about the issues its members know and care about. The leaders won’t let themselves demonstrate connection and compassion because it makes the bureaucracy look less powerful—even though that’s not the example set by Jesus, who purposely answered the questions his followers ask him… not by coincidence.