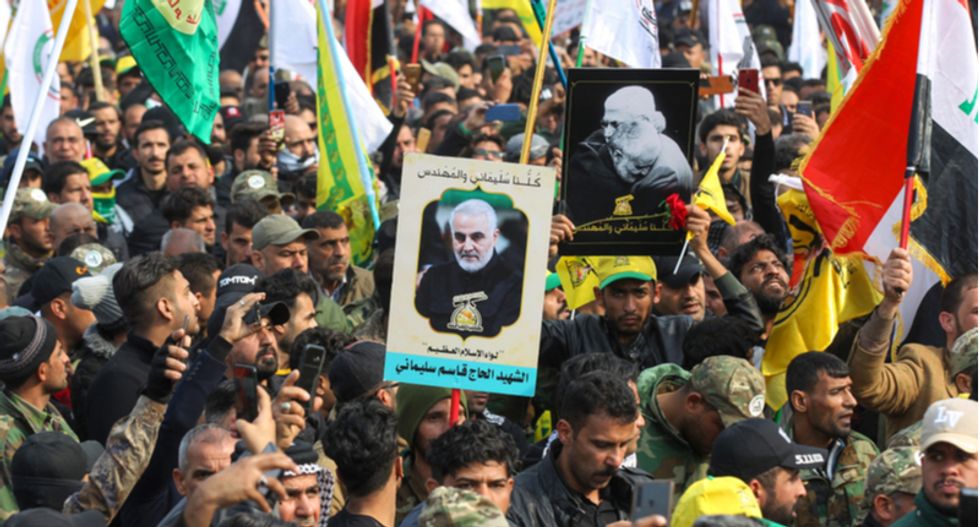 The mainstream debate over Trump's order to kill Iranian general Qassim Suleimani and Abu Mahdi al-Muhandis, deputy head of Iraq’s Popular Mobilization Forces, has been typically superficial. The primary argument in support of the drone strike is that Suleimani was a bad guy with blood on his hands, which is a juvenile non sequitur. There are any number of military commanders around the world who would fit that description at any given time and, despite his prominence, Suleimani implemented policies rather than formulating them. As Maysam Behravesh wrote at Foreign Affairs, the Islamic Revolutionary Guard Corps "is a complex institution with deep roots, making it less than susceptible to 'leadership decapitation,'" and the killing of Suleimani will only "prompt it to act more ruthlessly and with greater calculation" in the future. Opposition to the assassination has largely centered on the legal questions surrounding Trump's order, his refusal to notify Congress and the potential for blowback against the United States.

While it's appropriate and understandable that most analyses have centered on the geopolitical conflict between the US and Iran, there is a tragic irony in the way that Iraq--still traumatized by decades of shock and awe at the hands of Western powers and still struggling to stand up a legitimate, nominally democratic government--has basically been relegated to a backdrop against which tensions between Tehran and Washington play out.

The conversation might be very different if Iraq’s interests, and how the attack may impact its stability and domestic political conflicts, were featured more prominently.

More than a decade ago, in 2007, Raed Jarrar and I reported for AlterNet that the American media were largely ignoring an important story. After years of civil strife between various parliamentary factions, a legislative majority had emerged to demand the withdrawal of US troops from their ostensibly sovereign country. The Bush administration worked with its hand-picked Prime Minister, Nouri Al-Maliki (a previously little-known figure whom they liked in part because of his independence from Iran), to undermine their position, ignoring the constitution that had been adopted after a lengthy and difficult process led by the Bush administration's occupation government. The international community then ignored Iraqi legislators later that year when a majority of them asked the United Nations not to extend the mandate allowing US troops to remain in the country.

Something similar is playing out today. In the aftermath of the Suleimani assassination, the Iraqi parliament once again passed a resolution demanding the US withdraw troops from the country. It's worth noting that while there are MPs who support a continuing American military presence in the country for the sake of stability, they voted "present" because Trump's strike made it politically toxic to vote against the measure.

Following the vote, the current PM, Adel Abdul-Mahdi, who resigned last fall but continues to serve in a caretaker role, asked Secretary of State Mike Pompeo "to send a delegation to Iraq tasked with formulating the mechanism for the withdrawal of U.S troops from Iraq," according to the Associated Press, but Pompeo claimed that the effort to expel US troops from their country is an Iranian plot rather than an expression of popular sentiment in Iraq and Trump threatened to levy sanctions on Iraq “like they’ve never seen before” if the Iraqi government follows through. (That threat is especially pernicious given that the last US sanctions regime lead to the deaths of hundreds of thousands of Iraqi children. ) As is consistent with a long pattern, Iraqis are being denied agency by Washington.

If Iraqis' perspectives featured into the reporting on Trump's attack, Americans might come to appreciate how outraged they are that al-Muhandis and other Iraqi nationals were killed in a strike on Iraqi territory. They might understand that Suleimani was in Iraq as a guest of the government on routine business when the strike occurred, and that he was seen as a hero to many Iraqis, who credited him for defeating the feared and almost universally loathed Islamic State.

And as Trita Parsi points out on this week's podcast, while Suleimani was a brutally efficient commander, he was, contrary to the dominant narrative in the US, a moderating influence on Iraq's sprawling network of Shia militia groups. Iraq's loosely organized militias are influenced by Tehran rather than tightly controlled by the Islamic state, and no other member of the Iranian establishment held the same sway with these groups.

Iraqis are now fearful of becoming caught in a crossfire in an escalating conflict between the US and Iran--of Iraqi civilian deaths mounting as the rivals wage a proxy war within their borders. They have reason to be. And many are furious at both the US and Tehran for trampling over their hard-fought sovereignty.

Just 17 years after a US war of choice that was sold to the world on a pack of lies and which led to the death and displacement of millions of Iraqis, it is this reality that most of the discussion here at home simply ignores.