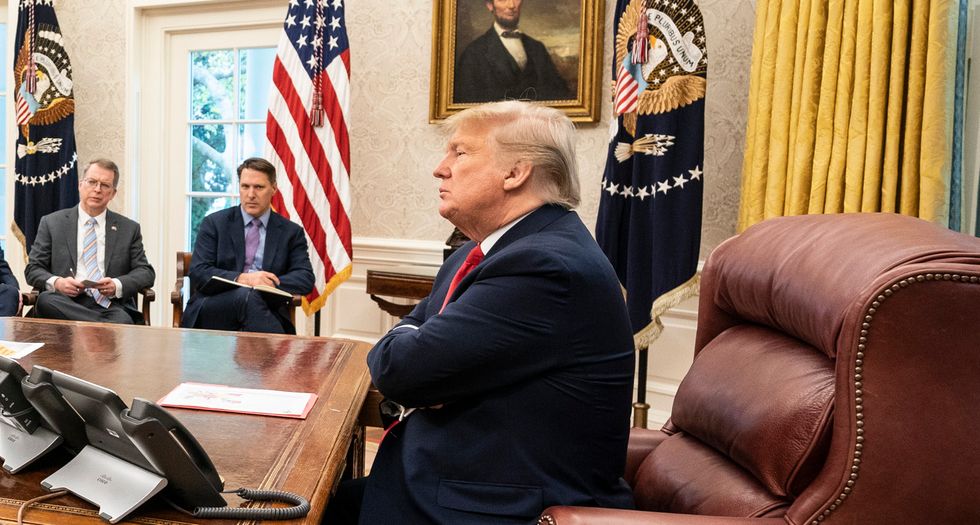 According to a New York Times report, Pentagon officials presented Donald Trump with multiple scenarios to push back at Iran in retaliation for increased violence in the Middle East and were “flabbergasted” at his decision to order the killing of Maj. Gen. Qassim Suleimani, Iran’s most powerful commander.

The report states that the officials ” …didn’t think he would take it. In the wars waged since the Sept. 11, 2001, attacks, Pentagon officials have often offered improbable options to presidents to make other possibilities appear more palatable.”

Pointing out that the killing of the popular Iranian leader was the most extreme scenario offered, the Times reports, “Top Pentagon officials were stunned,” by the president’s choice.

“Mr. Trump made the decision, senior officials said on Saturday, despite disputes in the administration about the significance of what some officials said was a new stream of intelligence that warned of threats to American embassies, consulates and military personnel in Syria, Iraq and Lebanon. General Suleimani had just completed a tour of his forces in Syria, Lebanon and Iraq, and was planning an ‘imminent’ attack that could claim hundreds of lives, those officials said,” the report continued.

The report goes on to note that there was a dispute among advisers for the rationale given for the attack.

“Some officials voiced private skepticism about the rationale for a strike on General Suleimani, who was responsible for the deaths of hundreds of American troops over the years. According to one United States official, the new intelligence indicated “a normal Monday in the Middle East” — Dec. 30 — and General Suleimani’s travels amounted to ‘business as usual,'” the report states, before adding, “When Mr. Trump chose the option of killing General Suleimani, top military officials, flabbergasted, were immediately alarmed about the prospect of Iranian retaliatory strikes on American troops in the region.”