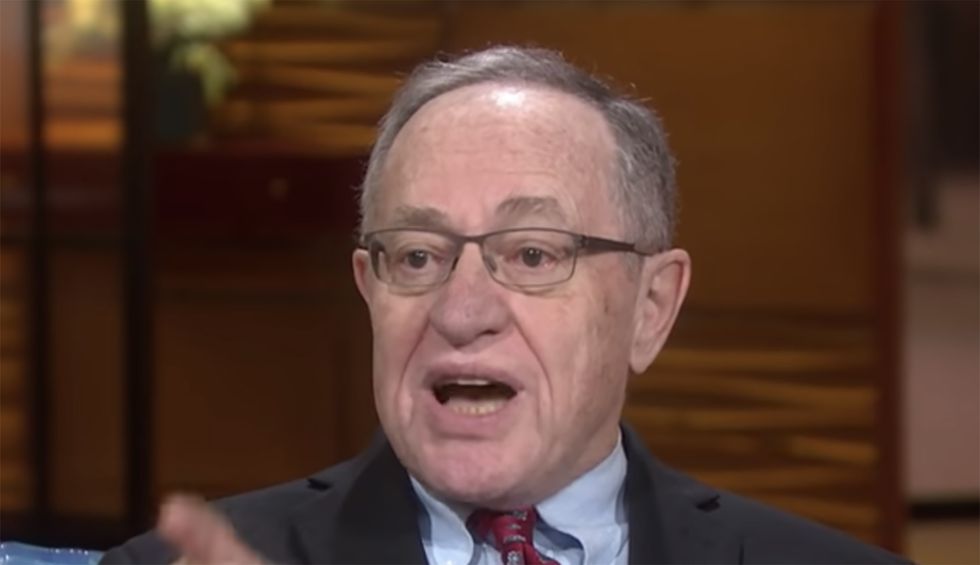 Writing for Just Security on Friday, Frank O. Bowman III, a legal expert and professor at the University of Missouri School of Law, detailed two of the “more egregious constitutional claims” put forth by Donald Trump’s impeachment defense team in a trial brief filed last week.

The 171-page brief, which reminded one law professor of the president’s public “tantrums,” outlined the defense team’s case against two articles of impeachment filed by the House of Representatives earlier this month. According to Bowman, the defense brief includes two glaring errors that give more credence to the House charges against the president: 1 — that the president can only be impeached “for violations of ‘known and established law,’” and 2 — that “impeachment for ‘abuse of power’ is ‘made-up,’ ‘unprecedented,’ and unconstitutional.”

On the first point, Bowman writes the defense brief intimates that “the law violated must be criminal” in order to be impeachable. Bowman notes that Alan Dershowitz, one of the president’s impeachment defense attorneys, has repeatedly made, and will continue to make, the case that “impeachment requires proof of crime or ‘crime-like conduct.’”

“The contention that impeachment requires criminal (or crime-like) conduct is constitutional crabgrass,” Bowman explains. “Virtually every impeached official makes the argument. They are always wrong.” Noting the British Parliament’s use of “high crimes and misdemeanors” to describe “a variety of official misbehavior” that sometimes “fell within existing criminal laws” while “a great deal of it most certainly did not,” Bowman writes, “by the time of the American Revolution, the colonists were well aware that ‘high crimes and misdemeanors’ was a term of art … that it embraced a wide variety of non-criminal official misconduct.”

Describing the impact of William Hastings’ impeachment in the British Parliament, Bowman writes that the American framers “took note” during the constitutional convention:

“As the convention neared its close, the draft definition of impeachable conduct was limited to ‘treason and bribery.’ George Mason objected, saying: ‘Why is the provision restrained to treason and bribery only? Treason, as defined in the Constitution, will not reach many great and dangerous offenses. Hastings is not guilty of treason.’

Mason demanded that the definition of impeachable conduct be expanded, and proposed adding ‘maladministration.’ When that was objected to, he suggested ‘high crimes and misdemeanors,’ which was readily accepted. Mason wanted an impeachment provision that would include the kinds of non-criminal abuses of power charged against Hastings. By inserting the very phrase that Hastings’ accusers employed in the articles of impeachment against him, Mason achieved that objective.”

“The president’s brief declaims that ‘every prior presidential impeachment in our history has been based on violations of … criminal law,’” Bowman writes. “Even if that were true, it would be a pitifully weak argument for the proposition that presidential ‘high crimes and misdemeanors’ are restricted to crime.”

But, as Bowman insists, the president’s claim is not true: “Trump’s argument boils down to the absurd proposition that ‘high crimes and misdemeanors’ must include a violation of some federal statute, but that a direct attack on the fabric of the U.S. Constitution itself is not impeachable unless it also happens to violate one of those statutes.”

Bowman’s second objection to the Trump brief relates to the defense team’s claim that “inclusion of abuse of power among the impeachable ‘high crimes and misdemeanors’ is an ‘unprecedented,’ ‘made up’ theory.”

“Impeachment was invented as a remedy for abuses of power,” Bowman writes.

“Mr. Trump’s lawyers have impeachment exactly backwards,” the scholar adds. “Impeachment is in the Constitution, not because the Framers fretted that someday a president might break a law by, for example, feloniously lying about an adulterous affair, but because they feared that a president might burst the paper bonds of their constitution and employ the powers it conferred upon him to destroy the delicate republican balance. That is the public ill the impeachment power was designed to remedy.”