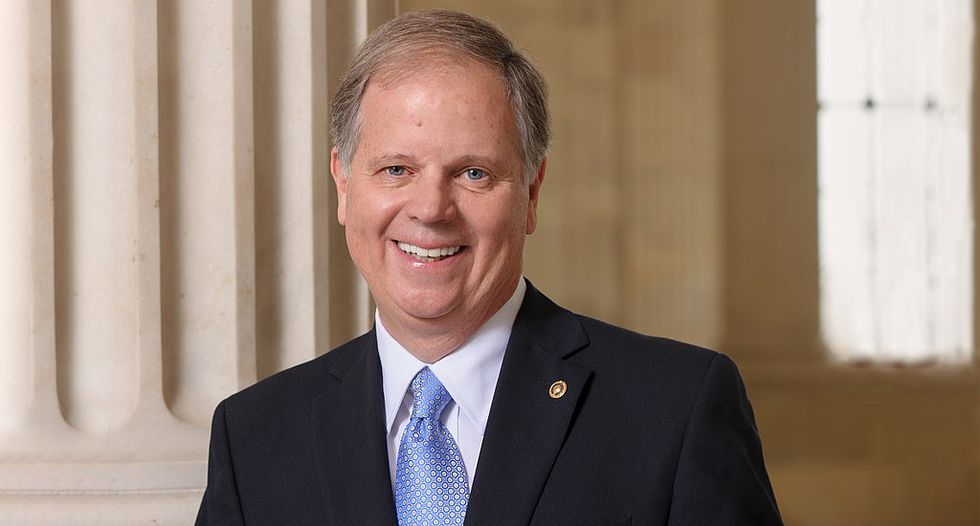 Of all the Democratic senators who are up for reelection in 2020, Sen. Doug Jones might have the heaviest lift: he will be competing with a Republican nominee in a deep red southern state where President Donald Trump is still quite popular. If the centrist Democrat votes against Trump in his impeachment trial in the U.S. Senate, the Alabama GOP would probably try to use that against him; regardless, Jones stresses in a Washington Post op-ed that fellow senators must honestly and carefully weigh the evidence presented.

“For Americans to have confidence in the impeachment process, the Senate must conduct a full, fair and complete trial with all relevant evidence regarding the president’s conduct,” Jones writes. “I fear, however, that we are headed toward a trial that is not intended to find the whole truth. For the sake of the country, this must change.”

“Anyone truly interested in the truth should demand to hear Bolton’s answers to a number of questions under oath: did you call actions of Mulvaney and (Ambassador Gordon) Sondland and the withholding of a White House meeting and military assistance from Ukraine a ‘drug deal’? What so alarmed you that you ordered your deputy, Fiona Hill, to report it to the National Security Council’s top lawyer? Or did Dr. Hill get that all wrong?”

Bolton, Jones asserts, needs to answer such questions before the U.S. Senate rather than “later in Bolton’s upcoming book.”

Explaining why Duffey’s testimony is needed, Jones writes, “We now know that 91 minutes after Trump’s July 25 call with Ukrainian President Volodymyr Zelensky, senior OMB official Michael Duffey sent e-mails halting the military aid. Only two people could plausibly sign off on that order: Mulvaney and Trump. Duffey should testify under oath as to who it was and his knowledge of the circumstances surrounding it, which can then be evaluated against Mulvaney’s testimony under oath.”

Jones concludes his op-ed by stressing that during Trump’s Senate trial, senators must be motivated by a “pursuit of the truth.”

“Every trial is a pursuit of the truth,” Jones explains. “That’s all I want. It’s all each of us should want. Now that it’s the Senate’s time to fulfill its duty, my final question is: will a majority of senators pursue the truth over all else?”