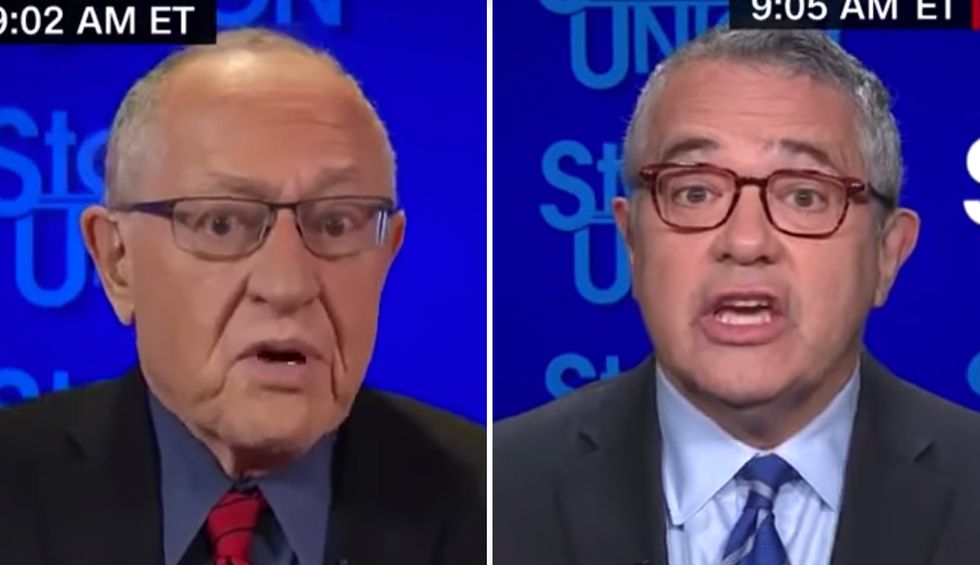 CNN’s “State of the Union” kicked off Sunday morning with a battle between one of Donald Trump’s impeachment defense lawyers, Alan Dershowitz, and CNN legal contributor – and former Dershowitz student — Jeffrey Toobin, with Toobin right away getting in a shot at his old professor for trying to elevate his profile by working for the president.

With fill-in host Brianna Keillar acting as referee and pressing Dershowitz to explain his legal case supporting the president, the conversation turned into a sparring match as Toobin disputed the Trump attorney’s contention that the president did not abuse his power– which is the centerpiece of the Senate trial.

“I am a member of the legal team and I am making what could be the most important argument on the floor of the Senate, namely that even if everything that is alleged by the House managers is proven or taken as true, they would not rise to the level of an impeachable offense, “Dershowitz explained. “I will be paraphrasing the successful argument from Justice Benjamin Curtis in the trial of Andrew Jackson back in the 1860s where he argued that the framers intended for impeachable conduct to only be criminal-like conduct or the conduct that is prohibitive by the criminal law.”

“Isn’t what you are doing, Alan, is to try to elevate yourself beyond being a lawyer as sort of the neutral expert?” Toobin charged. “But you are just a lawyer, and there is nothing wrong with that, but you are a lawyer representing a client?”