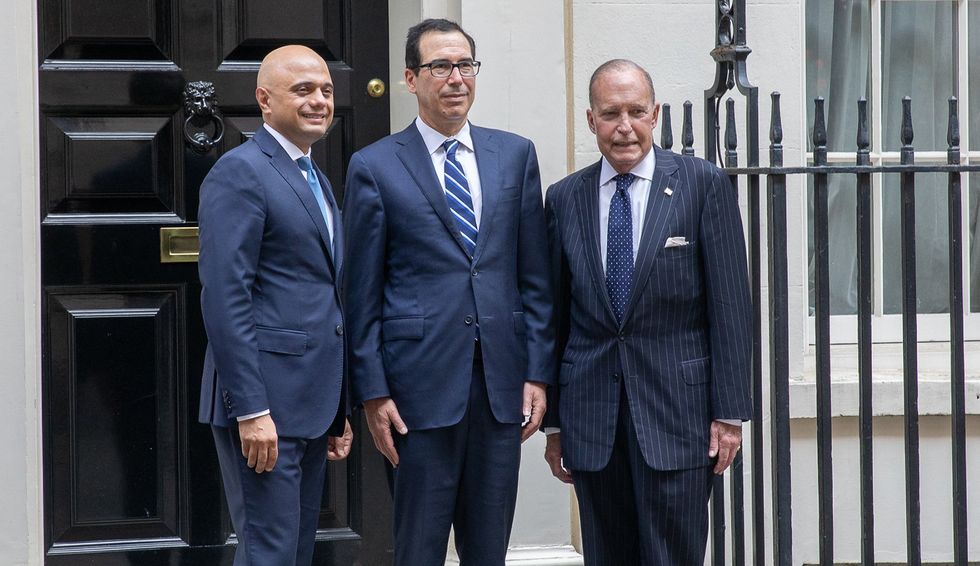 "Is she the chief economist? Who is she? I'm confused," Mnuchin said. "After she goes and studies economics in college, she can come back and explain that to us."

Critics immediately hit back at Mnuchin's suggestion that one need have a degree in economics to understand the severity of the climate emergency and the steps necessary to avert global catastrophe.

"Here's what Mnuchin learned from economics studies: as the 'foreclosure king,' he ran a company that booted elderly residents from their homes due to onerous loans and technicalities," tweeted Miller Center fellow Chris Lu, referring to Mnuchin's destructive tenure as CEO of OneWest Bank.

Author and environmentalist Naomi Klein pointed to the thousands of academics who have echoed Thunberg's call for fossil fuel divestment:

Somebody should tell Mnuchin about the hundreds of Harvard faculty members - and thousands at other universities -… https://t.co/kQSf0khMod
— Naomi Klein (@Naomi Klein) 1579782992.0

Other critics piled on:

Look at #Mnuchin, this smug clown. #GretaThunberg has more integrity and wisdom in her pinky toe than a thousand… https://t.co/YitOqKciMT
— Peter Daou (@Peter Daou) 1579782641.0

Mnuchin's swipe at Thunberg came after the Swedish activist warned Tuesday in a speech to the World Economic Forum that global elites are "fueling the flames" of the climate crisis "by the hour."

"We demand at this year's World Economic Forum, participants from all companies, banks, institutions, and governments: Immediately halt all investments in fossil fuel exploration and extraction. Immediately end all fossil fuel subsidies. And immediately and completely divest from fossil fuels," said Thunberg. "We don't want these things done by 2050, 2030, or even 2021. We want this done now."

Anticipating attacks from elites like Mnuchin, Thunberg added: "It may seem like we're asking for a lot. And you will of course say that we are naïve. But this is just the very minimum amount of effort that is needed to start the rapid sustainable transition."

"So either you do this or you're going to have to explain to your children why you are giving up on the 1.5-degree target," said Thunberg. "Giving up without even trying. Well I'm here to tell you that, unlike you, my generation will not give up without a fight."