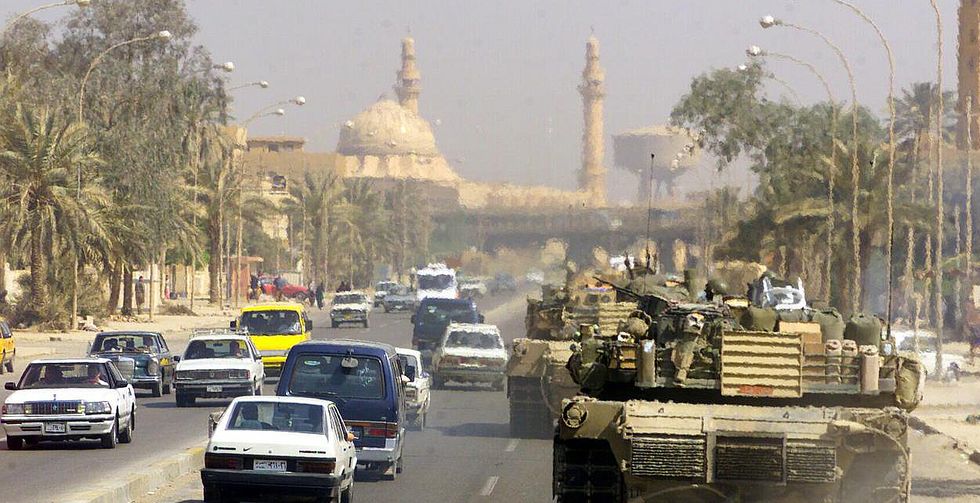 While it was initially unclear whether the reports were true and who was to blame, the Pentagon eventually confirmed that, at the direction of President Donald Trump, it had carried out the strike. It said Soleimani had been planning attacks on U.S. diplomats and service members. Trump himself tweeted out simply an image of an American flag before the killing had been reported by the Pentagon, which many observers had interpreted as confirmation of the United States' role.

“At the direction of the President, the U.S. military has taken decisive defensive action to protect U.S. personnel abroad by killing Qasem Soleimani, the head of the Iranian Revolutionary Guard Corps-Quds Force, a U.S.-designated Foreign Terrorist Organization," the Pentagon statement said.

"The gloves are off," warned Karim Emile Bitar, a professor of international relations, said on Twitter. "This could trigger a major escalation in the entire region, the consequences could be devastating."

"Senior Iraqi politician tells me 'apparently' Soleimani is dead," tweeted Robin Wright, a joint fellow at U.S. Institute of Peace "This is an astounding escalation between the US and Iran -- which will ripple across the entire Middle East."

Tensions have been rising between the United States and Iran in recent days, as hundreds of Iran-supporting protesters assaulted the American embassy in Iraq following a U.S. strike.

Sen. Chris Murphy (D-CT) offered an early comment on the news from Congress:

Soleimani was an enemy of the United States. That’s not a question. The question is this - as reports suggest, did… https://t.co/C1qzFdajKj
— Chris Murphy (@Chris Murphy)1578016195.0