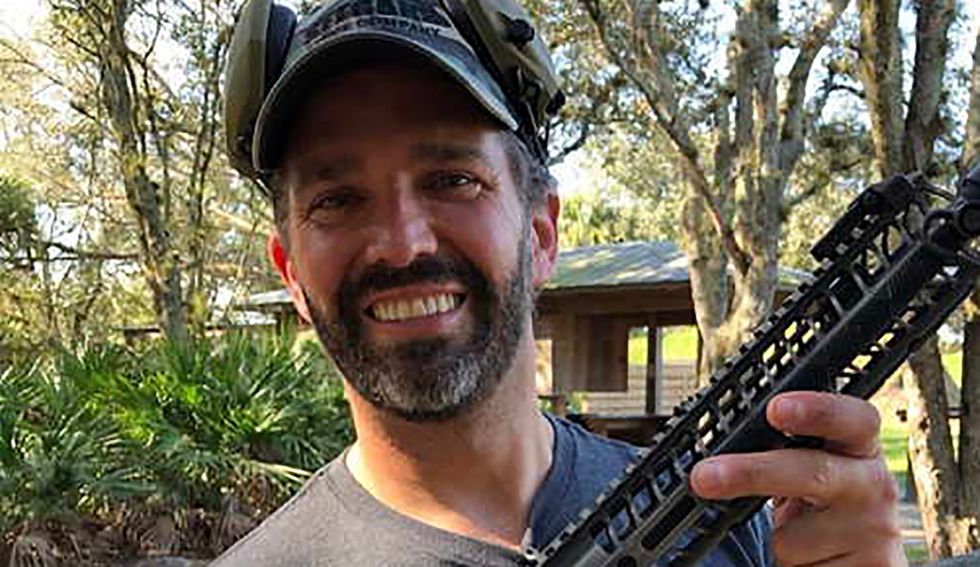 As his father was doubling down on his threat to destroy Iranian religious and cultural sites Donald Trump Jr. was proudly posting photos of his assault rifle featuring a symbol of a Christian religious war against Islam reportedly now used by white supremacists, according to a Pulitzer prize winning journalist, and the Chair of a specialist group on political violence and terrorism. It also has the word “Crusader” emblazoned on it.

There are three photos, which were posted to Instragram Sunday. Here are two:

Others on social media confirmed the image and its history, including Akil N Awan, a co-director of the Conflict, Violence and Terrorism Research Centre at the University of London.

Noted journalist Soledad O’Brien posted out the silence from the GOP.