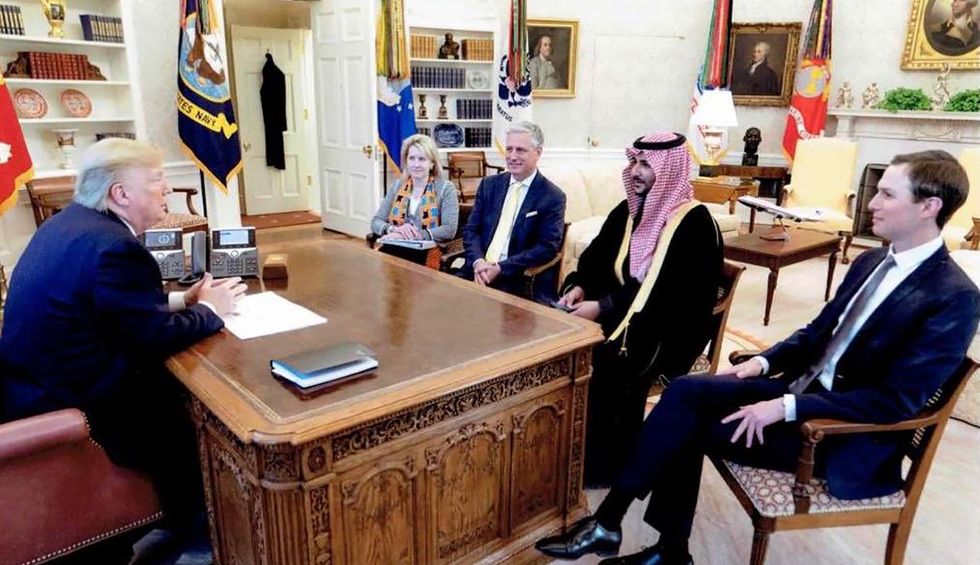 President Donald Trump came under fire Tuesday from journalists after a meeting at the White House with Saudi Arabia's Vice Minister of Defense Khalid bin Salman on Monday was not disclosed and only discovered after the minister posted pictures from the Oval Office online.

"A meeting with a foreign leader in the Oval Office should, at the very least, be on the public schedule with a read-out of the meeting released after it is over," Jonathan Karl, president of the White House Correspondents Association, said in a statement. "This has been the long-standing precedent for presidents of both political parties."

"It is disturbing to see the government of Saudi Arabia have more transparency than the White House about a meeting with the President in the Oval Office," Karl added.

"It is disturbing to see the government of Saudi Arabia have more transparency than the White House about a meeting… https://t.co/KCNLJnOxq2
— WHCA (@WHCA) 1578425682.0

The details of what was discussed at the meeting remain unclear, though a photo shared on social media by the Saudi minister shows Trump advisor and son-in-law Jared Kushner in attendance.

Trump took to Twitter shortly after the photos were released to say the two discussed "trade, military, oil prices,security, and stability in the Middle East."

The looming U.S. war with Iran, which became more likely last week after Trump's ordered assassination of Iranian military commander Qasem Soleimani, was likely on the minister's mind; Iran and Saudi Arabia have been in a low-level conflict for decades, including a long-running proxy war in Yemen.