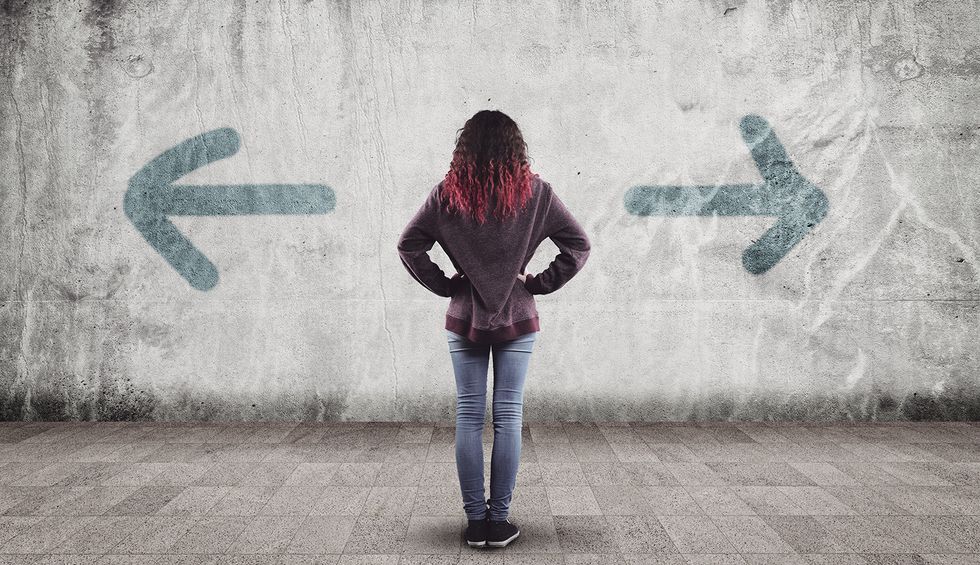 Last month, the Supreme Court rejected a challenge to a Kentucky law requiring doctors to describe ultrasound images and play fetal heartbeat sounds to people seeking abortions. The state argued that these images and sounds best “inform a patient of the nature and consequences of an abortion.” In 2007, Justice Anthony Kennedy based his decision to ban an abortion procedure on the grounds that “while we find no reliable data to measure the phenomenon, it seems unexceptionable to conclude some women come to regret their choice” to have an abortion.

The specter of "abortion regret" has been used by lawmakers and judges alike to impose or uphold rules making it harder for people to get abortions. In Kansas, doctors must tell their patients that life begins at conception and the fetus is a separate living being — neither of which is supported by medical research. Women in Kentucky who want an abortion now must undergo an ultrasound and hear a description of their fetus. And in states like Missouri or North Carolina, women must have at least two appointments with a waiting period in between before an abortion, to give them time to reconsider their choice. This means they must make an appointment, get time off work, arrange child care, and drive, sometimes for hours, to the clinic. Then they must do it all again days later.

But new research reveals the truth: Five years after obtaining an abortion, the overwhelming majority of women do not regret their decision—even those who had difficulty deciding to get one. This evidence contradicts the narrative pushed by anti-abortion activists and elected officials, who use "abortion regret" as a red herring to implement regulations pushing abortion out of reach for many—especially women of color and low-income people.

Our research found that, among hundreds of women having abortions all across the United States, most felt their decision was the right one for them five years later. The research was based on data from 667 participants in the Turnaway Study, a long-term study of the effects of abortion on women’s lives conducted by Advancing New Standards in Reproductive Health at University of California, San Francisco.

As expected, women experienced ranges of negative and positive emotions in the week following the abortion. Yet, over time, women reported declining intensity of all emotions. This was true even for women who said that their decision to get an abortion was a difficult one and those who felt they would be shamed by friends and community for their choice. Both immediately after the abortion and five years later, the feeling women most often expressed about their decision was relief, not regret. By the end of five years, the chance that women reported that their abortion was the right decision was 99 percent. Ninety-nine percent. Our team also found in an earlier paper that there was no difference in emotions between women who sought abortion in the first trimester of pregnancy and those who sought later abortions.

Until now, without data on the topic, the narrative around supposed "abortion regret" has been dominated by the few individual stories of women who come to wish they’d made a different choice. But the responses from the women we studied in our paper paint a very different picture.

“It was the right thing for me, for my son, for our family. You know, it just—I don't think about it,” one participant told researchers. “It's just like oh, thank god. You know, my life would be so different right now.”

“It was the right decision because I was still a child myself. I wasn't financially stable. It was just—it wasn't really smart for me to bring a child into this world to struggle along with me,” another said.

“I actually feel guilty sometimes—you know people talk about you’ll regret it all your life—I don’t ever think of it. I feel guilty that I don’t feel guilty. You know what I mean? I don’t want people to think that I’m heartless, I’m not—at all. I just, it doesn’t impact me negatively,” said a third.

This last quote is particularly revealing, because it shows how women are told by society that they should regret their abortions and then, even when they know fully that abortion was the right decision for them, feel guilt for not meeting that expectation. Contrary to lawmakers’ stated intentions, research shows that restrictions targeting the "regret" claim don’t actually dissuade women from getting abortions. They just worsen stigma and make getting care more difficult.

It is true that some women have complicated feelings about their abortions, and some do wish they had not had one. But it is also true that every major life decision, medical or otherwise, carries with it the risk of regret. As bioethicists have pointed out, some patients regret having heart surgery or seeking a kidney transplant. For that matter, some people regret marrying their high-school sweetheart, or having children. All of these actions may carry lasting consequences. Yet lawmakers do not intervene to take these choices away — only the choice to have an abortion.

Access to abortion has clear benefits for both the person seeking care and for society as a whole. The social, economic, and medical good of abortion access for the hundreds of thousands of women who seek care every year outweighs the small chance that someone will later regret her choice. Lawmakers who claim to care about women’s emotional health would do better to listen to the hundreds of thousands of women who seek abortion care every year and know it is the right decision. They should stop using false "abortion regret" arguments as an excuse and step out of the way.