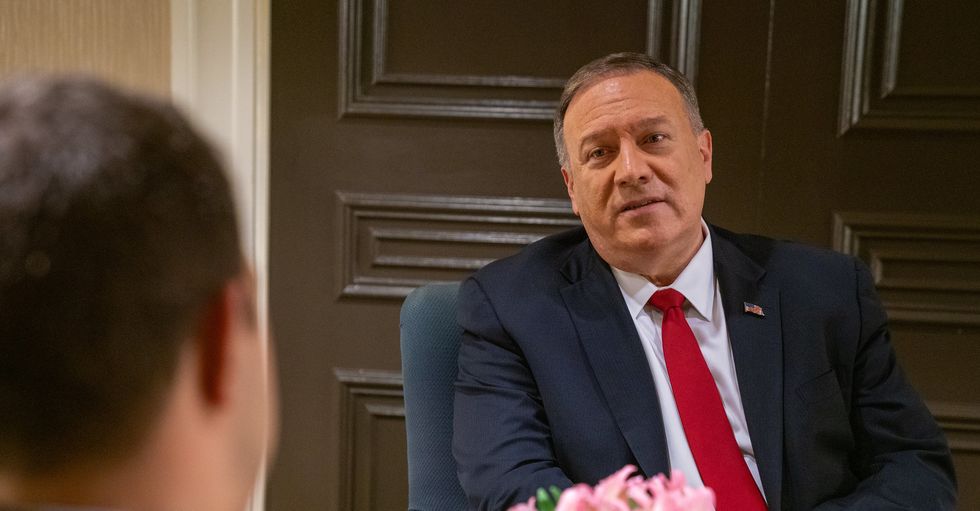 Conflict between Iran and the United States escalated when, on Thursday night, a U.S. airstrike killed Iranian military leader Qasem Soleiman. To critics of escalation, the fear of an all-out war with Iran brings back painful memories of the U.S. invasion of Iraq in 2003. And some of those critics are warning that the media shouldn’t be quick to believe politicians who are pushing for war.

A big dose of skepticism, Froomkin stresses, is called for whenever politicians are beating the war drums.

“Don’t assume anything administration officials tell you is true,” Froomkin warns. “In fact, you are probably better off assuming anything they tell you is a lie. That applies to officials past and present.”

Froomkin advises journalists, “Don’t print anonymous inflammatory assertions. Demand that sources make themselves accountable for what they insist is true.” And Froomkin also advises journalists to “give voice to the skeptics; don’t marginalize and mock them.”

Matthew Yglesias, in a piece for Vox, stresses that journalists shouldn’t automatically trust President Donald Trump and other politicians; instead, always be skeptical and think critically.

“When someone has proven over and over again that they are not trustworthy, you can, and in important situations should, stop trusting them,” Yglesias explains. “Unfortunately, in the escalating crisis with Iran, many people seem to have forgotten this basic principle.”

“Secretary of State Mike Pompeo went on CNN earlier this morning to explain that the Trump administration killed a top Iranian general to forestall an ‘imminent threat’ and that the decision to do so ‘saved American lives,’” Yglesias explains. “Those remarks are simply echoed uncritically in the Washington Post’s main write-up of the story, along with the observation that Pompeo ‘stressed that Washington is committed to de-escalation’ — a fairly dubious assertion given the current cycle of escalating hostilities dates to Trump’s unprovoked decision to pull out of the Iranian nuclear deal.”

Parker Malloy also encourages skepticism in an article for Media Matters’ website. And Malloy points to a “bombshell report” on the Afghan War by the Washington Post in December as a prime example of why journalists need to be skeptical in their reporting on Iran.

“The Washington Post published investigative reporter Craig Whitlock’s bombshell report exposing dark truths about the war in Afghanistan,” Malloy explains. “The six-part series offered a blistering look at the disparities between what the U.S government knew to be true and what it told the public. This evidence — along with the long history of the government lying to justify armed conflict — should give journalists pause when considering how they cover escalating tensions with Iran.”