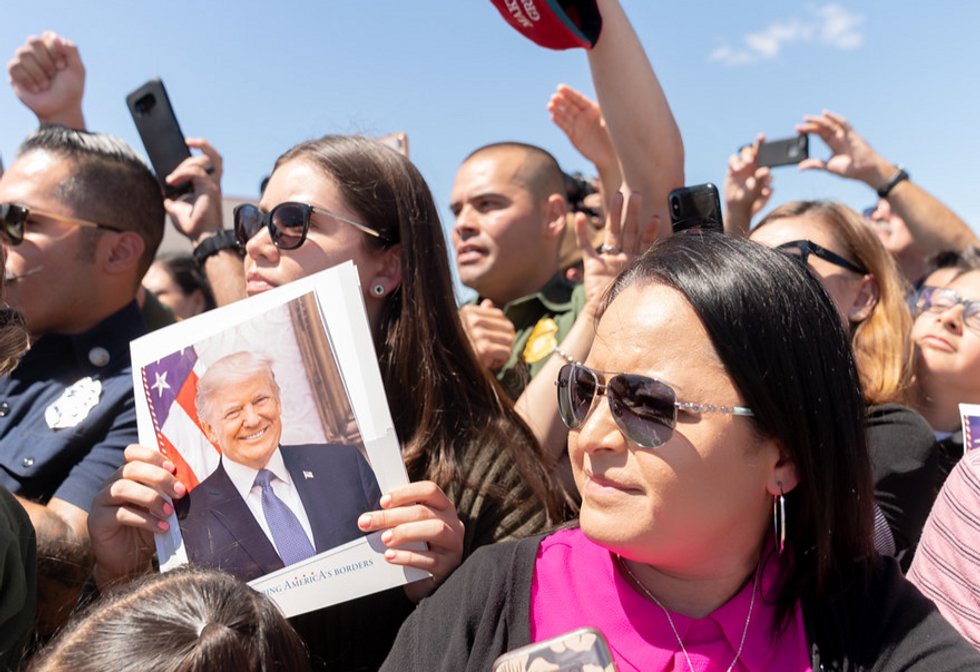 Tensions between the United States and Iran escalated on Thursday night when a strike by U.S. forces killed Iranian military commander Qasem Soleimani. And journalist Julia Ioffe, in an article for GQ, laments that President Donald Trump’s loyalists will gladly follow him into a devastating war with Iran.

“It’s no surprise that, with Tehran and its national pride backed into a corner, tensions finally bubbled over,” Ioffe explains. “As Trump rang in the new year at Mar-a-Lago, violence erupted in the region: an Iranian-backed militia killed an American contractor, the U.S. responded with drone strikes, killing militia members, and protestors swarmed the U.S. embassy in Baghdad, chanting, ‘Death to America.’”

With Soleimani having been killed, Ioffe laments, a de-escalation is unlikely.

“What comes next? Nothing good,” Ioffe warns. “When defenders of the president say that Soleimani had American blood on his hands, they are absolutely right. But when the president’s critics say that this is a steep escalation of the conflict, they, too, are absolutely right. The assassination of a man as powerful as Soleimani will guarantee a strong reaction, leaving the U.S. little choice but to retaliate for that retaliation.”

Trump, Ioffe predicts, will cite the death of Soleimani as proof that’s he strong and decisive.

“A war with Iran, even a proxy one, will likely also provide a fantastic campaign boost for an incumbent president,” Ioffe asserts. “It is a potent distraction from impeachment. In the meantime, the election isn’t far away, and in the short term, people tend to rally around the flag — especially when the flag is being assailed by a country as unpopular with Americans as Iran is.”

Ioffe wraps up her article by stressing that an all-out war with Iran won’t turn Trump’s loyalists against him — no matter how badly things go.

“Trump’s acolytes believe that it was God who sent him,” Ioffe emphasizes. “Trump has an unshakably loyal base, a segment of which sees key foreign policy issues through the millenarian lens of religion. As we’ve seen by now, in their eyes, Trump can do no wrong.”