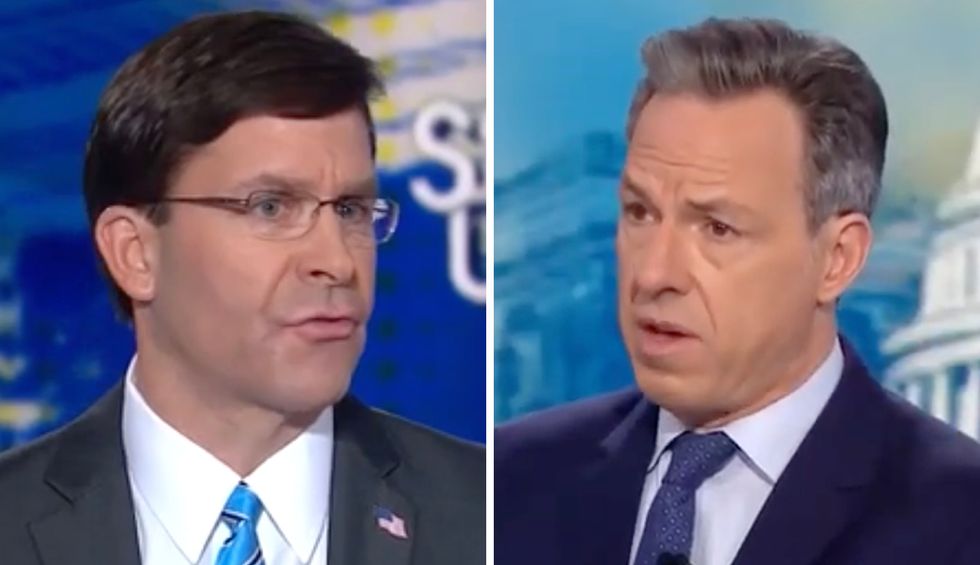 Defense Secretary Mark Esper was put on the spot on Sunday morning by CNN host Jake Tapper who pressed him over President Donald Trump’s claims that four embassies were targeted by Iran military leader Qassem Suleimani before he was killed.

“Was there specific intelligence that he was plotting to attack four U.S. embassies? Did you see any intelligence like that?” Tapper asked.

“But the president did though,” the CNN host pressed.

“What the president said is that he believed and said he could have been targeting, all of those things that I believe as well,” the Trump administration official replied. “The important thing is this. Suleimani orchestrated, resourced, directed the attacks escalating up to December one that killed an American. He orchestrated the siege on the embassy in Baghdad and he was planning this much broader plot in multiple countries that would be bigger in scale and likely would have taken us to open hostility with Iran.”

“A belief is not the same thing as ‘there was evidence,’” Tapper shot back, before adding, “I mean, you could believe that Soleimani would have attacked the Eiffel Tower, that’s not necessarily based in evidence.”

“There was evidence that part of the attack would be against a United States embassy in Baghdad,” was all the defense secretary offered.