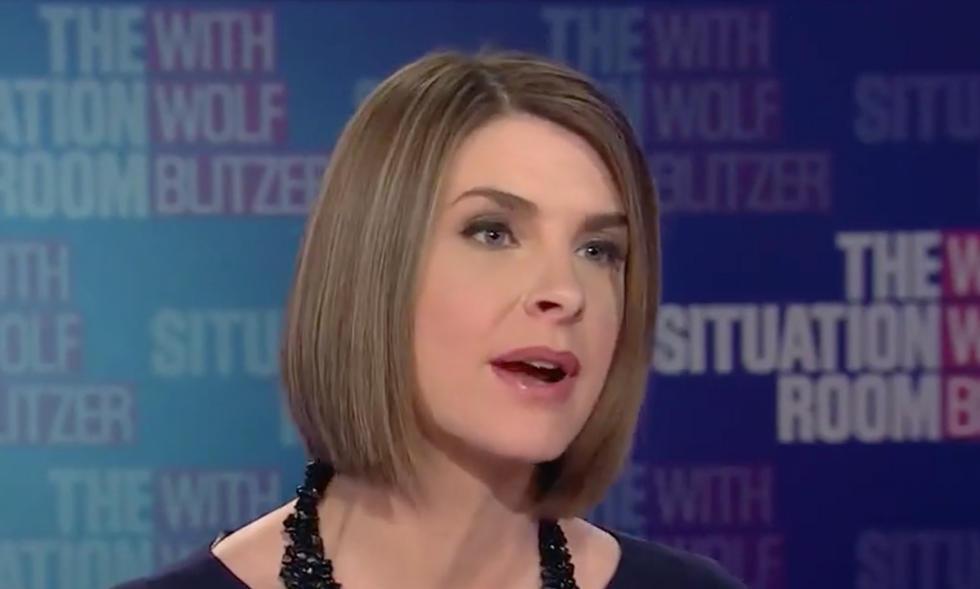 President Donald Trump's new legal team for his defense in the Senate impeachment trial is stocked with big names and celebrities, most notably Alan Dershowitz and Ken Starr, and the White House clearly hopes their supposed gravitas will help win a victory in public opinion. But CNN legal analyst Susan Hennessey argued Friday that Trump's picks could actually backfire.

"It's obviously in keeping with the president's reality show instincts, the big dramatic reveal, bringing back characters from last season — the last impeachment!" she said, referring specifically to Starr's role in the impeachment of President Bill Clinton. "This has all the theatrical elements that the president loves. That said, I do think this is something that potentially is going to backfire on the president."

She continued: "So let's think about Ken Starr. There are hours and hours and hours of footage of Ken Starr making an impassioned case for the importance of holding the President of the United States accountable. The importance of the United States Congress doing its constitutional duty in impeaching the president. He wrote a memoir in which he described his frustration with the idea that the Clinton administration would dare to stonewall. Everything Ken Starr says in defense of the president, there are going to be clips to contrast with that, and I think it's going to end up doing is just underscoring the hypocrisy here, and the hypocrisy of the Republicans more generally."

Dershowitz, to her mind, poses other problems.

He's "somebody who's been implicated in a number of personal scandals," she said. "Somebody who has a professional reputation closely tied to people like Jeffrey Epstein. Putting this as a person to represent Donald Trump at a moment when the Senate is trying to decide questions of his character, of his fitness for office, the idea that these are the people that are going to make those four or five moderate Republican senators comfortable ... and feel like they have cover to hold tight with Republicans and defend the president, I don't see that this is necessarily the easiest strategy for the president."

"Everything Ken Starr says in defense of the president, there are going to be clips to contrast with that, and I th… https://t.co/jmlHlTujIl
— AlterNet (@AlterNet)1579308197.0