Bolton told Republican donors Trump is ‘mentally unstable’ and will pull the US out of NATO if reelected: report 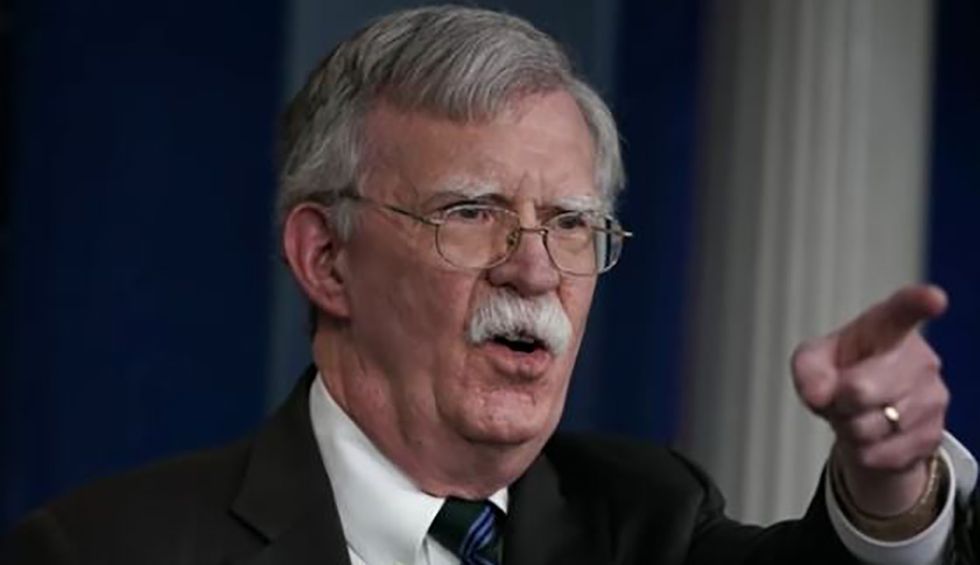 In his book, “The Room Where It Happened: A White House Memoir,” former National Security Adviser John Bolton — according to the New York Times — tears apart one of President Donald Trump’s main defenses against impeachment. Trump and his defenders have maintained that the president never tied military aid to Ukraine with an investigation of former Vice President Joe Biden and his son, Hunter Biden, but a leaked manuscript of his book shows Bolton asserting that Trump did, in fact, tie the two together. And Vanity Fair’s Gabriel Sherman, in a January 28 article, sheds some more light on Bolton’s reasons for speaking out against Trump: the president’s mental state.

Sherman reports that according to his sources, Bolton has told Republican donors that he considers Trump “mentally unstable” and fears that the president would completely pull the U.S. out of the North Atlantic Treaty Organization (NATO) if he wins a second term in November. Certainly, Trump has been a vehement critic of NATO and fails to see its value. And Joe Biden has warned that Trump’s reelection could mean the end of NATO, which the former vice president believes would be disastrous for both the U.S. and Europe.

“The Room Where It Happened” isn’t due out until March 17. And Sherman reports in his Vanity Fair article that pro-Trump Republicans are going to great lengths to discredit Bolton and his book. An anonymous source close to Secretary of State Mike Pompeo told Vanity Fair, “Pompeo and Bolton were at war with each other during the administration. Pompeo thought that Bolton was constantly trying to undercut him and the president.”

But anti-Bolton histrionics coming from Team Trump, according to Sherman, doesn’t necessarily mean that Bolton won’t testify during Trump’s impeachment trial. A GOP source told Vanity Fair that Senate Majority Leader Mitch McConnell is “resigned to the fact there will be witnesses” during the trial.

A source described by Sherman as “close to Bolton” told Vanity Fair, “Bolton’s been out there trying to bring down Trump. He’s the ultimate passive/aggressive.”