'An affront to God’s agenda': Christian minister calls out the ‘distorted moral narrative’ of evangelicals who support Trump 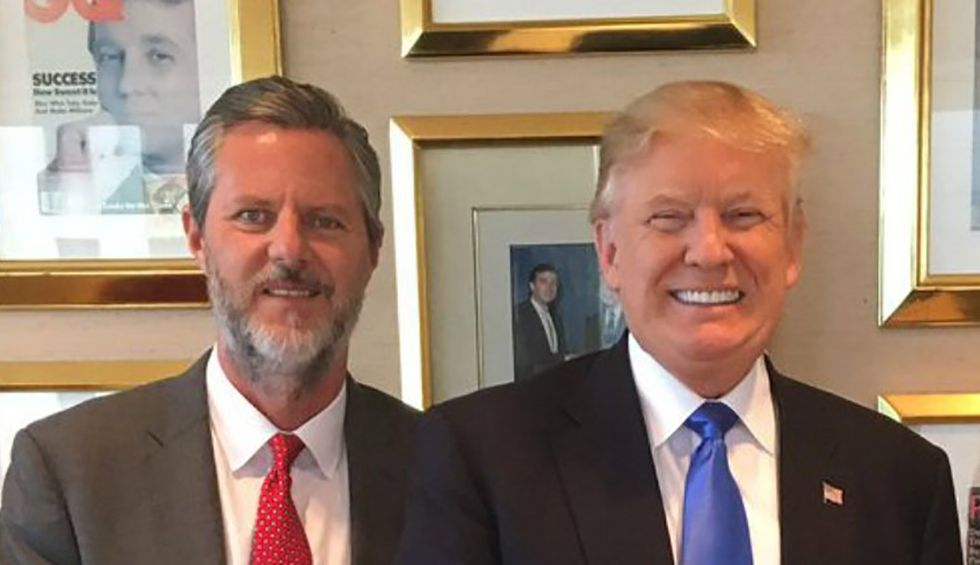 Critics of the Christian right often point out how hypocritical the Rev. Franklin Graham, Liberty University’s Jerry Falwell, Jr., the Family Research Council’s Tony Perkins and other far-right white evangelicals are for supporting President Donald Trump despite his history of adultery and the fact that he been through two divorces. But the Rev. William Barber, in an October 8 op-ed for The Guardian, emphasizes that selfishly using religion for political gain hardly started with Trump — and that political opportunists have been exploiting religion without shame for generations.

Slamming the Evangelicals for Trump Coalition, Barber (a Protestant minister known for his work in the NAACP) writes, “I am troubled anytime I see Christianity used to justify the injustice, deception, violence and oppression that God hates. Even if Donald Trump had a perfect personal moral résumé, his policy agenda is an affront to God’s agenda to lift the poor and bless the marginalized. The distorted moral narrative these so-called Evangelicals for Trump have embraced is contrary to God’s politics, which have nothing to do with being a Democrat or Republican.”

Barber quickly adds, “But this misuse of religion is not new. It has a long history in the American story.”

Back in the 1960s, Barber recalls, the notorious segregationist George Wallace used religion to promote racism — and some pastors made the ludicrous claim that he wasn’t a racist, including Dr. Henry L. Lyon in Montgomery, Alabama and the Rev. R.L. Lawrence. Long before that, Barber adds, colonists who supported the oppression of Native Americans as well as slavery hid behind religion.

“No one who has read American history can be surprised by the hypocrisy of Evangelicals for Trump,” Barber asserts. “But we can learn from the history how their undoing will inevitably come from their public arrogance.”

One need only read the Bible, Barber explains, to realize how long blatant hypocrites have been wrapping themselves in scripture. But the reverend also stresses that for all the hypocrites who have stood in the pulpit, there is also a long history of Christians doing good, positive things in the name of religion.

“There is a circle of Evangelicals for Trump who speak loudly about values they have long tried to associate with scripture,” Barber observes. “But that circle pales in comparison to the great cloud of moral witnesses that stretches from Moses and Miriam to Micah and Elijah; from Jesus and the disciples to Fredrick Douglass and Lucretia Mott; from Ella Baker and Martin Luther King to the moral movements for justice and equity in our world today. These moral witnesses have shown us what it means to push this nation toward a more perfect union.”