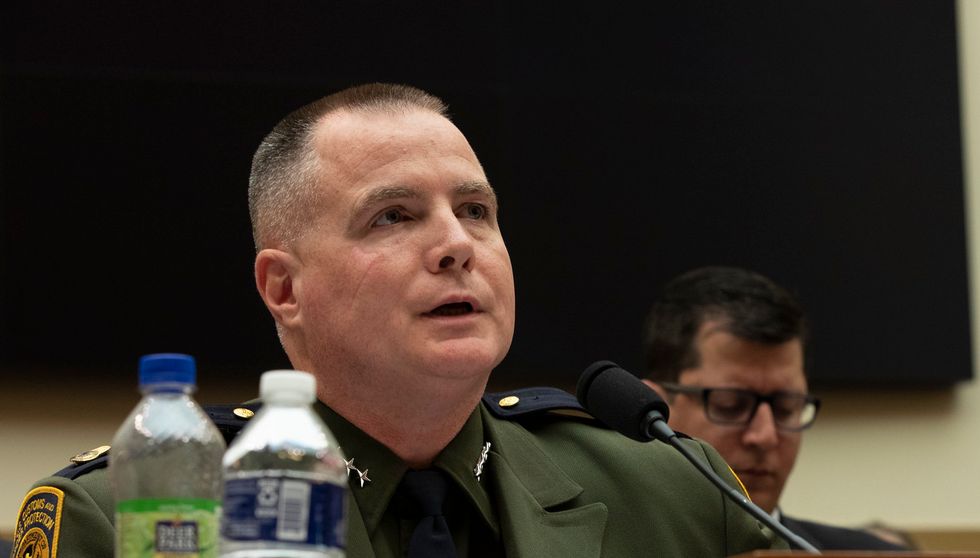 The Trump administration sought to “conceal information” about the death of a 16-year-old Guatemalan boy in Border Patrol custody, a House subcommittee chairwoman said at a hearing Tuesday.

Rep. Kathleen Rice, D-N.Y., said the Department of Homeland Security has “consistently failed to maintain transparency by stymying congressional inquiries. This raises concerns that they are hiding serious issues with management, in addition to the leadership vacancies at the top of the department. One example of this is the department's decision to conceal information on the death of Carlos Hernandez Vasquez.”

Rice chairs the House Homeland Security Subcommittee on Border Security, Facilitation and Operations, which had a Tuesday hearing to examine DHS efforts to prevent child deaths in custody. Six migrant children died in government custody between September 2018 and May 2019, the first such deaths in a decade.

Much of the hearing focused on Carlos, who died on May 20 in a Border Patrol cell in Weslaco, Texas. A ProPublica investigation in December, which included video of Carlos’ last hours and death, raised questions about his treatment by Border Patrol agents and contracted medical workers as his condition deteriorated.

“Despite information requests by this committee, it was not until a ProPublica report was released seven months later that Congress and the public learned more about what happened to Carlos, that his death may have been caused by the failure to provide urgently needed medical care and the failure to follow the most basic procedures to simply check on a sick child,” Rice said in her opening statement.

They said DHS quickly scaled up medical care for migrants at the border following the deaths of two children in December 2018, using medical professionals from the Coast Guard, Public Health Service and private contractors. Eastman said the surge of migrant families and children was “an unconventional problem that required an unconventional solution.”

Under questioning from Rice, Hastings said the video of Carlos’ death revealed by ProPublica was “troubling” but sidestepped questions about his death because of an ongoing investigation by the DHS Office of Inspector General.

Hastings described one change in “welfare checks” made in the wake of Carlos’ death. Records obtained by ProPublica showed that a Border Patrol agent logged three welfare checks on Carlos in the four hours he was lying on the floor of his cell, dying or dead. The medical examiner who performed an autopsy on Carlos told ProPublica that the agent looked through a window but didn’t enter the cell.

In July, then-Acting Customs and Border Protection Commissioner John Sanders ordered that “any subject in our custody” receive welfare checks every 15 minutes and be documented in the system, Hastings said.

“You mean person, not subject, in your custody. Because that's what they are. They're people, not subjects,” Rice said.

Rice and other Democrats criticized reports released last month by the DHS inspector general into the deaths of two Guatemalan children in Border Patrol custody in December 2018. The reports found no wrongdoing by agents in the deaths of Jakelin Caal Maquin, 7, and Felipe Gomez Alonzo, 8.

“Publicly available summaries of these investigations are extraordinarily narrow in scope. They focus only on whether DHS personnel committed malfeasance and not whether the department's policies and resources could properly protect the children in its care,” Rice said. She criticized the inspector general for declining an invitation to testify before the subcommittee.

Rep. Xochitl Torres Small, D-N.M., also criticized the inspector general for taking a year to complete investigations of the two deaths. Jakelin and Felipe were both held by Border Patrol agents in her district.

“Even more concerning, the OIG limited its investigation scope to only determine whether there was malfeasance by personnel and did not consider whether CBP's policies and procedures are adequate to prevent migrant child deaths,” Torres Small said. “As I've said from the beginning, the reason for these investigations is not to punish people, it's to keep this from happening again. It's to make sure that we have the protocols in place in case we're faced with this challenge again.”

The DHS Office of Inspector General did not immediately respond to requests from ProPublica a hearing about the scope of the investigation or the reason for not testifying at Tuesday’s hearing.