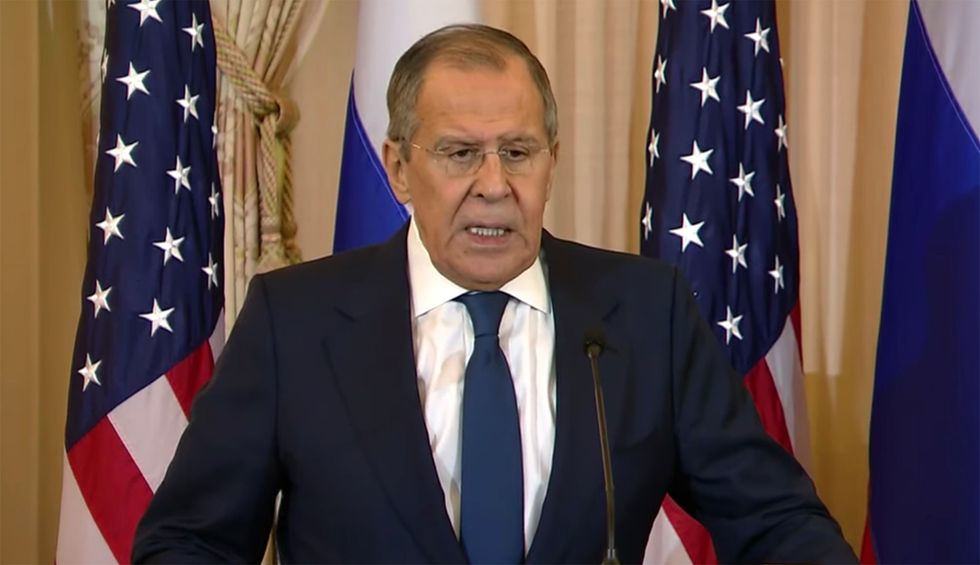 Even Fox News warned Deputy Press Secretary Hogan Gidley the optics are bad for the same day the House revealed Articles of Impeachment.

“I don’t think so,” Gidley claimed. “Listen: These kind of conversations are critical to America’s well-being. The president talked about and campaigned about having a better relationship with Russia. So did the Democrats,” he claimed.

The Democrats did not.

This is, as far as is publicly known, Lavrov’s secnd Oval Office meeting with President Trump. The two met in May of 2017, one day after Trump fired FBI Director Jim Comey. Trump that day also revealed code-word top secret information to the Russians.

As some have noted, speaking with Russian TV Lavrov recently mocked the idea of election security.

Asked how Russia was “getting ready” for the U.S. 2020 elections Lavrov responded, “We’ll resolve the problem. Don’t worry.”