Watch: Trump supporter confused by math in his vision of President Ivanka’s future time in office 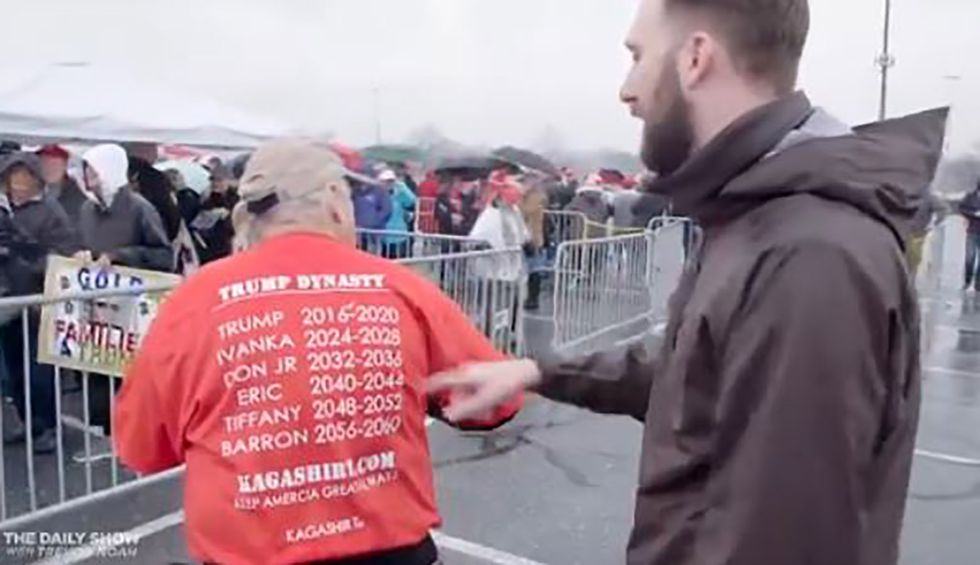 The mathematical skills of a Donald Trump supporter were called into question during an interview with The Daily Show correspondent Jordan Klepper.

Klepper interviewed the man — with a Trump hat and shirt — at a Trump campaign rally.

“Well, because two weeks ago I had a dream and in that dream I had this vision,” he said, as he turned around to show what was printed on the back of his shirt.

It showed a “Trump dynasty.”

Klepper however noticed some errors with the shirt.

“These are mostly one-term presidents,” he noted.

“No, you’re not reading it right, brother,” the Trump supporter replied. “What does it say for Ivanka? What is the date?”

“No, my math is not wrong,” the Trump supporter claimed.