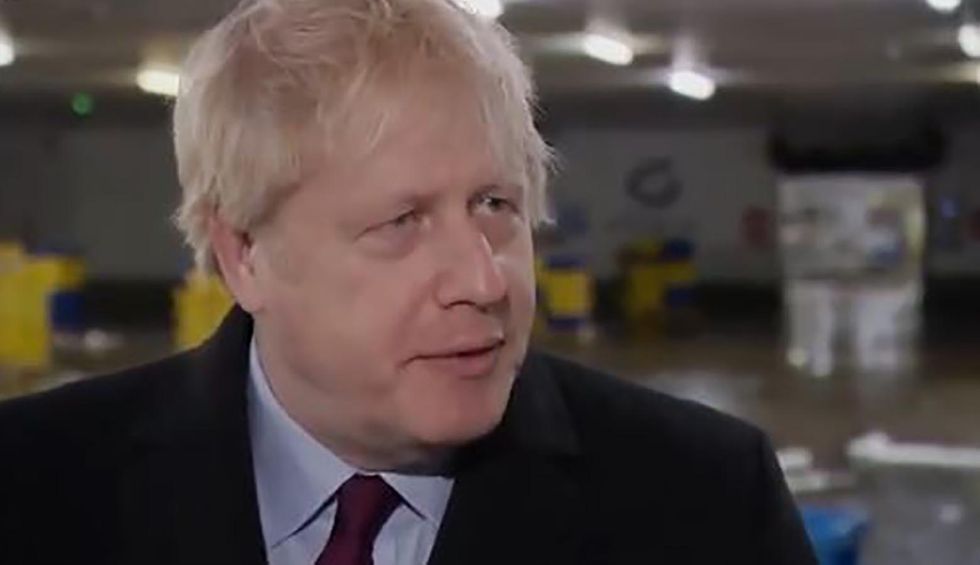 With the U.K. general election just two days away, more than 10 million people have watched a video of Tory Prime Minister Boris Johnson refusing to look at a photo of a four-year-old boy who—due to a shortage of beds—was forced to lie on a hospital floor as he awaited treatment for suspected pneumonia.

During an interview on Monday, Joe Pike, a political correspondent with ITV News, attempted to show Johnson a picture of the boy on his cell phone, but the prime minister repeatedly refused to look and at one point grabbed Pike's phone and put it in his pocket.

Noting that the clip of the interview has more than 10 million views, Guardian columnist and Labour supporter Owen Jones said "that means millions of people still have not seen the horrific lack of empathy Boris Johnson has towards a 4 year old victim of his policies."

"You know what to do," Jones added.

The photo of Jack Williment-Barr was originally published Sunday by The Daily Mirror.

One of the richest countries in the world and we have a sick child on the floor of a hospital because there aren't… https://t.co/OcXhDME9M4
— The Labour Party (@The Labour Party) 1575889140.0

Sarah Williment, Jack's mother, told the Mirror that she plans to switch her vote from Conservative to Labour for the first time in Thursday's election, which Labour Leader Jeremy Corbyn has characterized as a life-or-death moment for the NHS.

"This will the first time in my life where I will be voting Labour," Sarah said. "I would like to thank the doctors and the nurses and the health care assistants because they were really good, really helpful. But I'm angry at the lack of funding and the lack of beds because I think that is failing our children."

Corbyn said the hospital incident is an "awful" example of the consequences of Conservative cuts to NHS funding.

"I think it has to be a political decision whether we have an NHS, how it's funded, and what political parties decide they're going to do with it if they gain a majority in the next parliament," Corbyn told the BBC. "And the NHS has to be properly funded, and at the moment it isn't."

The Labour Party accused the Tories of attempting to distract the British public from Johnson's refusal to look at the photo by falsely claiming a Conservative aide was "punched" outside the hospital by a Labour activist.