Trump turns back on workers as companies force employees to train their cheaper foreign replacements: report 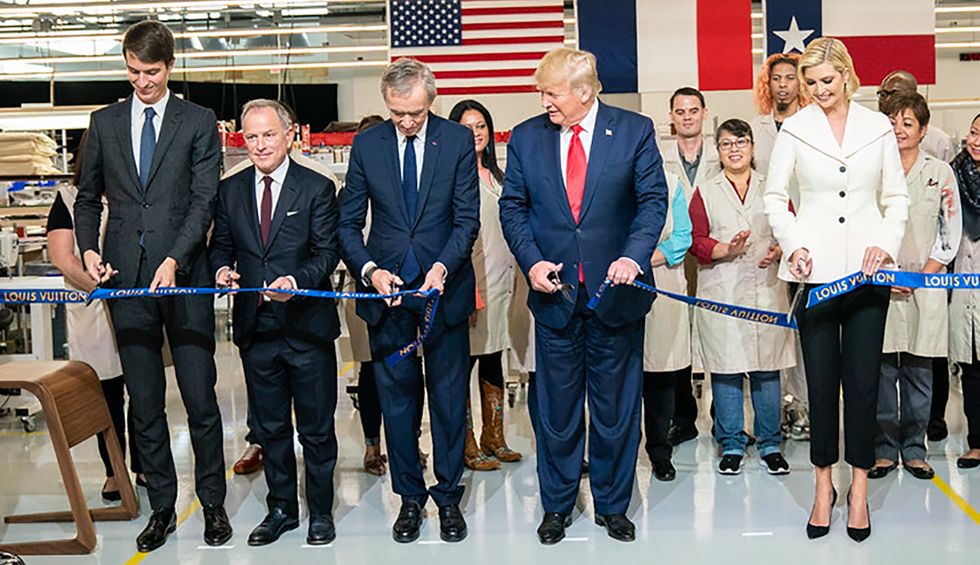 President Donald Trump’s claims that he is bringing jobs back to America are being called nothing more than hot air in a report stating U.S. companies are instead forcing their employees to train their foreign replacements and they will be out of a job once the training is over.

According to a report at Axios, “Opponents of job outsourcing are making a holiday-season appeal to President Trump: Stop U.S. companies from forcing American workers to train the very same cheaper foreign laborers who will soon replace them.”

The reports states: “AT&T is poised to send thousands into the new year hunting for new jobs after assigning them to train their own foreign replacements, according to conversations with current and former workers and documents obtained by Axios,” adding, “Many have worked for the company for over a decade. They aren’t being offered severance or early retirement, and may not easily find a comparable job elsewhere with similar pay.”

According to Sara Blackwell, a lawyer who represents displaced Americans workers, “American workers are tired of waiting for President Trump to do something on this issue. They’ve gone from great hope in President Trump’s administration, to great discouragement.”

Focusing on AT&T, the report continues, “Despite receiving a $3 billion tax cut last year, AT&T announced new and expanded alliances with big outsourcing companies to replace workers with foreign or cheaper domestic talent. Like many major U.S. companies, AT&T has been shifting jobs for years now — but 2019 was especially noteworthy, as workers claimed that as many as 3,000 finance jobs were being outsourced to Accenture. AT&T denied the 3,000 figure, but declined to provide Axios with its own number.”

Speaking with numerous AT&T workers, many acknowledged they will soon be out of a job, stating they were told “they were needed for a ‘knowledge transfer” — then tapped to train people on work visas or overseas who would replace them.”

That, in turn, changed their plans for the immediate future.

“Folks aren’t going on vacation, they’re cutting back on their Christmas shopping,” one employee confided. “If you know that you’re going to be losing your job, you don’t want to spend the money.”

Axios reports they asked for a comment from the White House of the job transfers and were rebuffed.