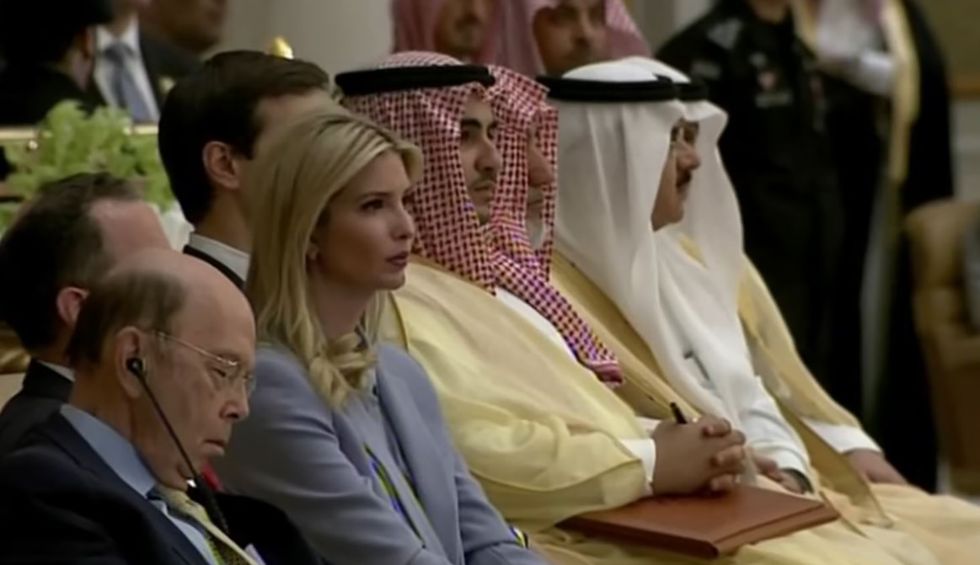 After a shooting at a naval base in Pensacola, Florida on Friday, the gunman — who was shot and killed by a deputy sheriff — was confirmed to be 21-year-old Ahmed Mohammed al-Shamrani, a second lieutenant in Saudi Arabia’s air force. President Donald Trump has praised the Saudi government’s response to the shooting, and conservative Washington Post journalist Max Boot asserts in his opinion column that Trump acted like he was handling public relations for Saudi Arabia’s King Salman (father of Saudi Crown Prince Mohammed bin Salman).

“Instead of expressing outrage or vowing vengeance, or even waiting for all the facts to come in, Trump sounded as if he were auditioning for the job of press secretary at the Saudi Embassy,” Boot stresses. “He conveyed King Salman’s ‘sincere condolences’ and his highly questionable assurances ‘that this person in no way, shape or form represents the feelings of the Saudi people who love the American people.’ Trump then told reporters that the king ‘will take care of the families and loved ones of the victims.’”

Although the attacker shot and killed three Americans, Boot notes, Trump has yet to describe it as a terrorist attack.

“Trump, who never hesitates to throw out the ‘T’ word after other attacks by Muslims, refuses to do so in this case,” Boot laments. “This is, of course, only the latest example of Trump’s suspicious partiality to Saudi Arabia — the site of his first trip abroad as president.”

Trump, Boot observes, has a long history of praising the Saudi government.

“Trump has taken Saudi Arabia’s side as it has blockaded Qatar, the home of a large U.S. military base; caused a humanitarian tragedy with its bombing of Yemen; and even murdered and dismembered Post contributing columnist Jamal Khashoggi,” Boot explains. “Congress was so outraged by Saudi atrocities — both against Yemen and Khashoggi — that it passed legislation to block arms sales to Saudi Arabia. Trump vetoed the bills.”

Boot goes on to write, “Why is Trump so sickeningly solicitous of a vicious dictatorship whose citizens have carried out numerous terrorist attacks against Americans, from September 11, 2001, to Friday in Pensacola? In public, Trump talks about the supposed economic benefits of the relationship — even though the United States, which has now become energy-independent, no longer needs Saudi oil.”

The conservative journalist wraps up his column by emphasizing that Trump’s relationship with Saudi Arabia is — like many other things —motivated by self-interest, not the good of the United States.

“If we’ve learned anything from Trump’s attempted extortion of Ukraine, it’s that all politics and policy is personal for him,” Boot warns. “His policy is ‘me first, not ‘America first.’ Trump’s suspicious relationship with Saudi Arabia is merely another example of what happens when a president decides to run the U.S. government as if it were a family-owned business whose only objective is to benefit his bottom line.”