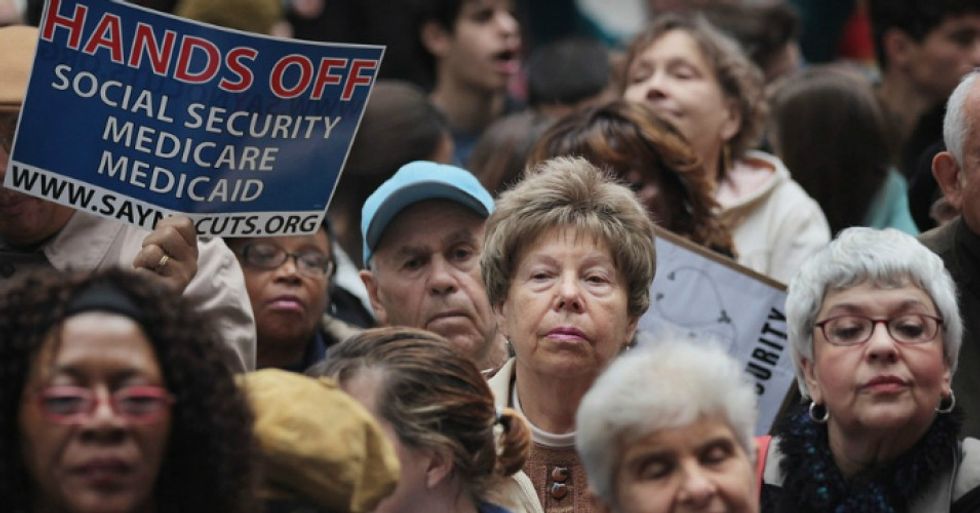 "We all know that the cruelty is the point with this administration, but this sinks to yet another low."

"This would be a crushing blow to me and my family."

Those are just a few of the more than 1,700 official comments members of the U.S. public have left on President Donald Trump's proposed Social Security rule change, which could strip lifesaving disability benefits from hundreds of thousands of people.

The proposal received hardly any media attention when it was first published in the Federal Register in November. But recent reporting on the proposed rule change, as well as outrage from progressive Social Security advocates, sparked a flood of public condemnation and calls for the Trump administration to reverse course.

Backlash against the proposal can be seen in the public comment section for the rule, where self-identified physicians, people with disabilities, social workers, and others have condemned the change as monstrous and potentially deadly. The number of public comments has ballooned in recent days, going from less than 200 to more than 1,700 in a week.

The public comment period ends on January 17, 2020. Comments can be submitted here.

"Cutting Social Security is murder and this immoral administration knows it," wrote one commenter. "I will fight it every way I can."

A commenter who identified as Karla Kirchner said Social Security is her "only source of income."

"If I lose my checks, there will be nothing left to keep me alive," Kirchner wrote.

The Trump administration's proposal would add another layer of complexity to the process of obtaining Social Security Disability Insurance (SSDI) and Supplemental Security Income (SSI) benefits.

If implemented, the rule change would require people categorized by the federal government as Step 5 recipients—typically older individuals with serious physical ailments or mental illness—and others to re-prove their benefit eligibility every two years.

Critics and policy experts warned that the goal of imposing more onerous eligibility requirements on disabled Social Security recipients is to slash people's benefits. An estimated 4.4 million people would be subject to the new requirement if the Trump administration's proposal takes effect, according to the Philadelphia Inquirer.

Alex Lawson, executive director of progressive advocacy group Social Security Works, wrote in an op-ed last week that "there is no justification for this policy."

"The United States already has some of the strictest eligibility criteria for disability benefits in the world," wrote Lawson. "More than half of all claims are denied."

Lawson urged members of the public to call their elected officials and leave a comment on the Trump administration's proposal because "if they are allowed to get away with this attack, it will be only the beginning."

"They want to destroy every part of Social Security, including retirement benefits, and turn it over to their criminal friends on Wall Street. We must stop Trump's plan," Lawson said. "If we let the politicians in Washington, D.C., take away some people's earned benefits, it means they can take away all of our earned benefits."