‘That is not true’: Manic Republican Mark Meadows shut down by CNN host for repeating lies about Ukraine 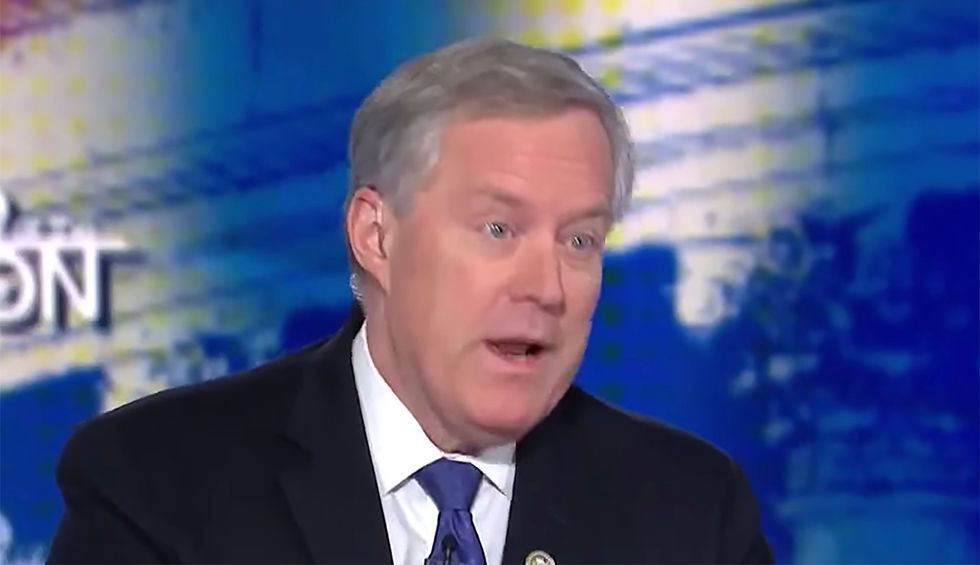 A fifteen-minute CNN interview with Rep. Mark Meadows (R-NC) wound down to an abrupt end on Sunday morning as the “State of the Union” host Dana Bash cut off the Trump defender’s insistence there was no quid pro quo offer from the president to Ukraine’s leadership, with the CNN host telling the GOP lawmaker, “That’s not true. I don’t want to debate about it.”

Discussing the call where Trump asked for a favor, Meadows pushed back after she said Trump, “Allegedly held up aid and he said it in this phone call.”

“He didn’t say it in the phone call,” Meadows shot back.

“There are four facts that don’t change,” Meadows insisted. “Aid was never mentioned in the phone call, Dana. Have the people go online and read it. When we looked at that, when the phone call happened, they didn’t know the aid was being withheld.”

After Bash pointed out Meadows’ assertion was “contradicted” by witnesses, Meadows insisted, “Listen, I know these facts better than anyone else, I promise.”

What followed a was a quick back and forth with Bash and Meadows talking over each other, with Bash getting the final word, telling the GOP lawmaker, “That is not true but I don’t want to continue to have a debate with you.”