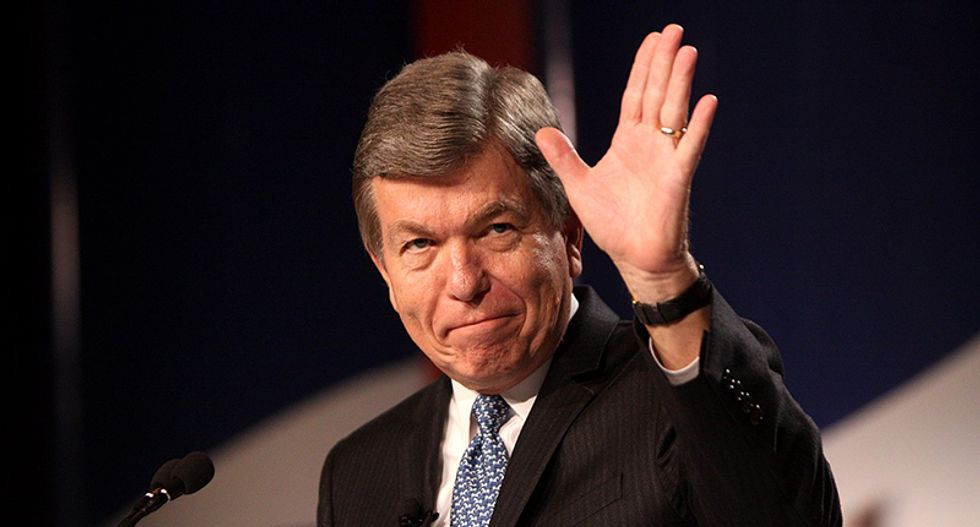 The word “impeachment” is often conflated with a U.S. president being removed from office, but an impeachment by the House of Representatives is merely an indictment — not a conviction — and only with a two-thirds majority vote in a Senate trial can a president actually be removed from office (President Bill Clinton and President Andrew Johnson were impeached by the House but acquitted by the Senate). Although President Donald Trump has been impeached by the House, Speaker Nancy Pelosi is holding onto two articles of impeachment for now amid fears the GOP-controlled Senate won’t evaluate the evidence fairly. And the St. Louis Post-Dispatch’s editorial board, in a December 23 editorial, slams Republican senators for declaring Trump’s innocence before a trial has even started — including Missouri Sen. Roy Blunt.

The GOP senators the Post-Dispatch calls out include not only Blunt, but also, Senate Majority Leader Mitch McConnell (who represents Kentucky). McConnell has asserted that he won’t be an “impartial juror” in a Senate trial, and on Sunday, Blunt told CNN, “It’s not a trial in any classic sense. It is a political decision to do it. And at the end of the day, every single member of the Senate has considerations that are pretty obvious.”

The Post-Dispatch asserts, “No one realistically suggests that political considerations can be completely separated from senators’ decisions here, but those shouldn’t be the only considerations. Yet Blunt, like so many of his colleagues, has already concluded, ‘I don’t think they came close to making the case.’”

The editorial notes that the Center for Public Integrity has obtained some new evidence: documents showing that military aid to Ukraine was suspended only moments after Trump’s now-infamous July 25 phone call with Ukrainian President Volodymyr Zelensky. House Democrats have alleged that there was a “quid pro quo” between Trump and Zelensky: military aid in exchange for an investigation of former Vice President Joe Biden and his son, Hunter Biden.

“All indications are that Mitch ‘Not an Impartial Juror’ McConnell doesn’t intend to allow consideration of any additional evidence,” the Post-Dispatch’s editorial stresses. “The evidence already presented against Trump is overwhelming, even though there would be far more if the White House hadn’t obstructed congressional efforts to access it.”

The Post-Dispatch concludes its editorial by lamenting that McConnell, Blunt and other Republican senators have no intention of taking an honest look at the evidence.

“The Constitution is clear that McConnell, Blunt and their Senate colleagues are supposed to withhold judgment until they have impartially considered all the evidence in a Senate trial,” the Post-Dispatch writes. “They literally will have to swear an oath to that effect before the trial starts — an oath too many of them are openly violating before they even take it.”