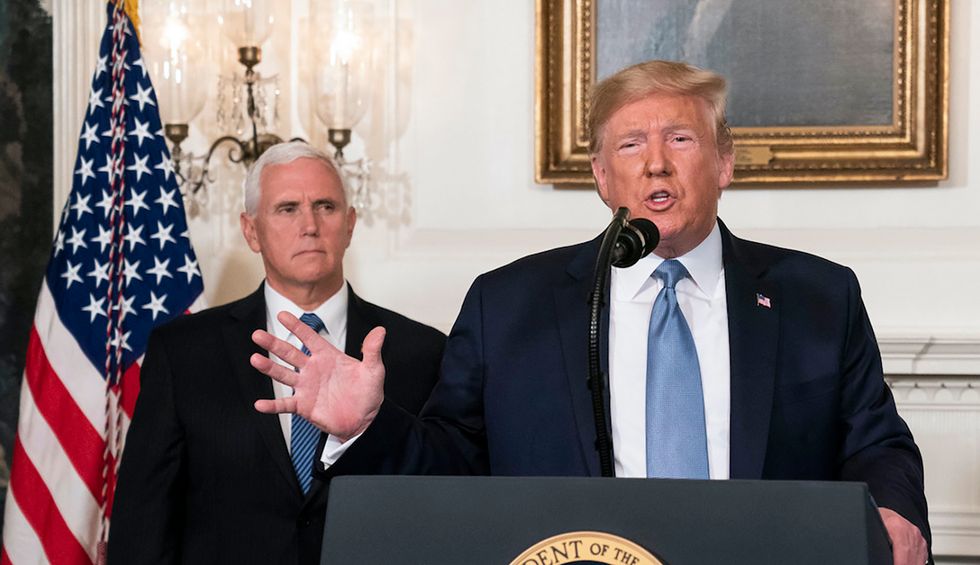 Democrats landed on drafting just two articles of impeachment narrowly focused on Donald Trump's Ukraine scandal for multiple reasons. But one of those factors is surely that American voters largely support the premise of both articles—abuse of power and obstruction of Congress—even if they still don't support removing Trump from office over it.

To determine whether voters think Trump abused his powers, FiveThirtyEight went back and averaged eight high-quality polls from late September to late November testing the abuse of power question.

We found that 54 percent of Americans believe Trump either abused his power or acted in his own self-interest, while 39 percent said he had not. That’s basically in line with the share of Americans who believe Trump committed an impeachable offense, according to our own polling with Ipsos.

Civiqs polling is roughly similar, with 53% saying he committed impeachable offenses, while 45% say he has not. FiveThirtyEight similarly revisited several polls released since the impeachment inquiry began that tested perceptions of whether Trump has adequately cooperated with the inquiry.

In a Suffolk poll conducted in late October, 66 percent of Americans agreed that the White House has an obligation to comply with subpoenas from the House committees demanding testimony and documents. A Quinnipiac poll released about a month later found that 76 percent of the public thought Trump should comply fully with the impeachment inquiry.

But while solid majorities say Trump should have complied, just 48% of voters in a late November Economist/YouGov poll disapproved of his decision to ignore congressional subpoenas, while 33% approved and 18% were unsure what they thought. The result suggests that even if strong majorities favored Trump’s compliance, some people weren’t exactly sure what to think about Trump's level of cooperation. A more recent early-December Monmouth poll, however, found that 61% of voters think Trump did not cooperate (just 31% think he did) and 53% say he did so specifically to hinder the investigation (while 35% say he had legitimate reasons).

Overall, Americans are inclined to agree with the articles of impeachment as laid out by Democrats even if they are sometimes unsure of exactly what happened. In the case of both articles, solid majorities believe Trump abused his power and think he should have cooperated with congressional investigators.