Remembering the day the sixties died 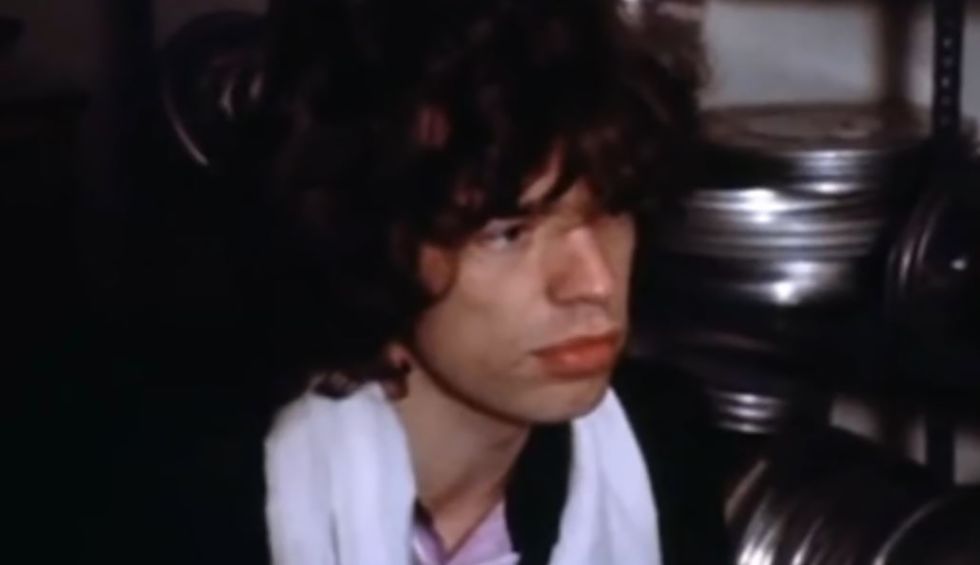 Fifty years ago this month, on December 6, 1969, the 1960s died. On a sunny Saturday in the dusty hills east of San Francisco, the Altamont Rock Concert dissolved into chaos, leaving four dead and dozens injured. Like so many events of the 1960s, an idea conceived with good intentions went terribly wrong and ended in tragedy.

The day-long free concert, attended by 300,000 people, was held at a run-down race car track, a choice made at the last-minute after negotiations to hold it closer to the city fell through.  The event was sponsored by the Rolling Stones, who initially envisioned a “Woodstock West,” a free music festival featuring the biggest California bands including Crosby, Still, Nash and Young, the Jefferson Airplane and the Grateful Dead.

In what was to become, quite literally, a fatal mistake, the event organizers hired the Hells Angels motorcycle gang to serve as security guards. As noted in Joel Selvin’s book, Altamont, the biker group was hired (for $500 worth of beer) on the recommendation of Rock Scully, the Grateful Dead’s manager.

Today, the event is remembered by the shocking images of violence that occurred at the climax of the concert, as the Rolling Stones took the stage surrounded by Hells Angels. As the drug-fueled young men and women in the crowd surged forward, the leather-jacketed gang members beat many senseless with pool cues and motorcycle chains. Dozens were taken to the hospital and one young black man was stabbed to death.

The most complete visual account of the violence was captured in Gimme Shelter, the concert documentary film made by the Maysles brothers. When the film appeared in theaters in 1970, its scenes of swaggering gang members and bloody concertgoers provided a shocking counterpoint to the cheerful atmosphere of brotherhood and sharing associated with Woodstock.

Altamont’s significance came from its timing, just four months after Woodstock.  Four deaths at a rock concert was a tragedy, but other contemporary events had produced higher body counts. The members of the Manson gang had killed seven people in August and despite President Nixon’s pledge to de-escalate, the Vietnam War clamed 12,000 Americans in 1969.

I attended the Altamont concert along with two college friends. For many of us, the disaster was particularly demoralizing because the event had been billed as California’s answer to Woodstock. Although I was safely ensconced at a suburban junior college, like many Bay Area young people I felt a sense of belonging to the hippie, flower-power movement. After all, we had seen it first-hand in San Francisco’s Haight Ashbury district; we had attended the free concerts in Golden Gate Park, heard Allen Ginsberg chant and seen the Diggers hand out free food.

On that fateful December 6, we headed out on the freeway for the remote Altamont Pass.  We turned off onto the narrow, road leading to the Speedway and were excited by a scene that reminded us of the photos of Woodstock. Thousands of cars were parked head-first on the roadside and a huge stream of young men and women walked towards the concert, toting blankets, wine bottles and backpacks. Guitar music, casual laughter and clouds of marijuana smoke filled the air.

The first sign of trouble appeared as we entered the gates of the race track. Inside, a dozen Hells Angels roared up and down along the edge of the crowd. Revving their engines and spinning their wheels, they sprayed the concertgoers with mud and gravel. Some of the bikers cruised slowly by making obscene comments about the young women. I saw a large bearded gang member with oil-stained jeans grab a wine bottle out of the hands of a startled attendee and speed off.

My friends and I glanced nervously at each other. What could we do? There weren’t any cops in sight. No one wanted to pick a fight with a Hells Angel.

The event stage was set at one end of the oval speedway. A series of gently sloping, grass-covered hills ringed the track. By 10 am, a massive throng of white, suburban youths were spread across the bumpy landscape.

We wedged ourselves into a space about a thousand feet from the performers. With our view obscured by two metal scaffolds bristling with movie equipment and an old school bus, we could only see part of the stage.

The primitive sound system might have sufficed for a small auditorium, but much of the music was dispersed in the afternoon breeze.  For us, the sound quality was akin to what you’d hear standing in a parking lot and listening a radio playing inside a car.

We could see and hear the different bands come and go, but we had no idea of the beatings taking place near the stage. This was a sixties outdoor concert experience.  It is hard to imagine today, when pop performances use giant video screens to project the singers’ faces and the audience focuses on the event through their cell phones.

At Altamont, we endured a long wait as evening fell and temperatures dropped. Our patience was rewarded when the Rolling Stones finally took the stage around 8 pm. The sound system was turned up and the band cranked through a dozen of their hits including “Honky Tonk Women,” “Jumpin Jack Flash,” “Satisfaction” and “Sympathy for the Devil.”

After the last song, the band hurried off the stage. We stumbled through the darkness, tripping over blankets and wine bottles, guided to our cars by the glow of distant headlights.

It wasn’t until the next day we learned of the casualty count: one man drowned in a drainage canal, two campers crushed by a runaway car and one young African American man, Meredith Hunter, stabbed to death in front of the stage.

In this pre-Internet era, our main source of news about the event was KSAN-FM, the Bay Area’s most popular rock station. Their news director hosted a six-hour call-in program. Beating victims and eyewitnesses recalled their experiences, often in tears. As we struggled to understand what happened, it became clear that it was one thing to question authority, another to abolish it altogether.

A week later, Rolling Stone covered the disaster and described it as "rock and roll's all-time worst day."

On December 31, the sixties officially ended and the new era of the 1970s began. Following the assassinations, urban riots and massive causalities of Vietnam, we hoped for a fresh beginning. Through TV ads and newspaper commentaries, the media suggested the seventies would be sleeker, smoother; society would be restyled after the head-on crash of the 1960s.

Instead, we endured four more years of the Vietnam war, the Kent State shootings, gasoline rationing, Watergate and the Iran hostage crisis. In November 1980, the electorate turned decisively conservative and elected Ronald Reagan.

Today, the Woodstock festival is commemorated by a large concrete memorial placed in front of the grassy hillside where the concert was held. Nearby, the Museum at Bethel Woods displays artifacts celebrating the festival and the counterculture it embodied.

In contrast, the Altamont Speedway sits empty, having ceased operations a decade ago. The concrete oval remains, in a small valley hidden from the nearby interstate. The only sound is the whirring of hundreds of wind turbines, sending electricity to the wealth engines of Silicon Valley.

James Thornton Harris is an independent historian and a regular contributor to the History News Network. For more information see JamesThorntonHarris.com.