‘People have died as a result’: Residents of rural Missouri are furious with greedy corporation for closing their only hospital 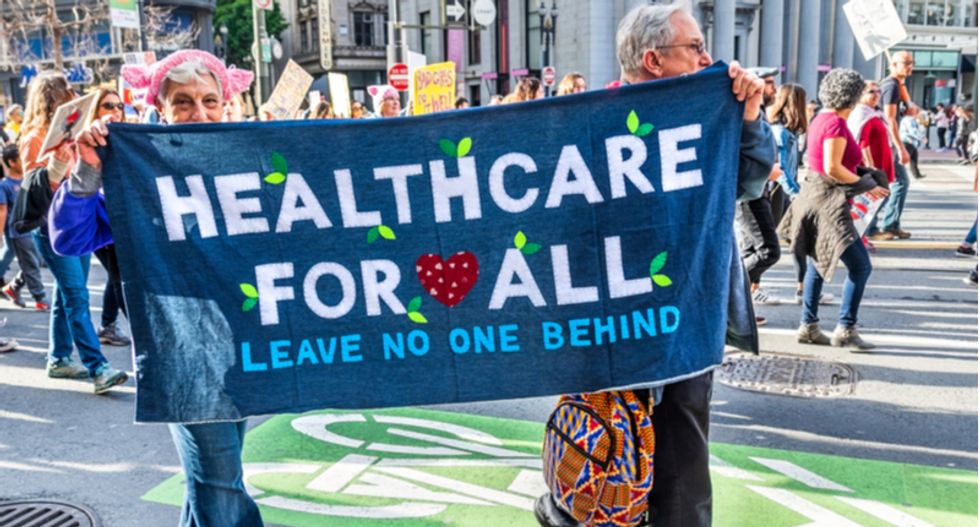 The health care crisis in the United States can assert itself in different ways in rural areas versus urban areas. A large urban center might have excellent health care facilities but limited access to them because of unaffordable health care premiums and the abuses of insurance companies; a rural area might not have enough health care facilities. And journalist Chris McGreal, in a December 27 article for The Guardian, points to the closing of a rural hospital in southeastern Missouri in June 2018 as an appalling example of how life-threatening a lack of health care can be in rural areas.

The hospital that closed was Twin Rivers Medical Center in Kennett, Missouri. Although Twin Rivers was profitable, its owner, Community Health Systems, closed it and moved its resources to another facility about an hour away in Poplar Bluff.

“In deciding to shut Twin Rivers,” McGreal explains, “company executives made a calculation: close one hospital, and patients will be forced to use the other. Costs down, profits up.”

Sadly, Swink was absolutely right. Dr. Dave Jain, who worked at Twin Rivers for 29 years, told The Guardian that closing the hospital did, in fact, result in unnecessary deaths. Jain explained, “We’re having probably three to five more deaths a month without having the hospital here. I had a 35-year-old patient who started having chest pain; he needed to get to an emergency room but died on the way to the hospital. There are multiple deaths due to not having emergency services, mostly from heart attacks and accidents. There’s nowhere to stabilize them. If they’re having a heart attack, they’re dying before they get to the hospital. Plus, the infant mortality rate has increased since the hospital closed.”

Pregnant women and new mothers in Kennett, McGreal reports, are facing a major crisis. Julie Helfer, a nurse in the area, told The Guardian, “A lot of our moms are having to travel long distances for routine appointments like ultrasounds. But transportation is a huge issue for a lot of our moms. They don’t have a vehicle or even a way to get back and forth to their doctor’s appointments at the hospitals. If they go into labor, they cross their fingers and hope to make it.”

Dr. Tim McPherson, who is now in private practice in Kennett after 35 years at Twin Rivers, told the Guardian that “people have died as a result” of Community Health Systems deciding to close the hospital.

Although McGreal’s article doesn’t really get into politics, it should be noted that Kennett is exactly the sort of place that went for President Donald Trump in 2016 — and that in 2018, centrist Democratic Sen. Claire McCaskill was voted out of office because she wasn’t conservative enough. Missouri is one of the states that helped Republicans slightly increase their majority in the U.S. Senate in 2018; those Republicans oppose even the modest gains of the Affordable Care Act of 2010, a.k.a. Obamacare, let alone the Medicare-for-all proposal of Sen. Bernie Sanders. The closing of Twin Rivers is exactly the type of thing that Sanders and his allies have been fighting.

Nonetheless, many residents of Kennett are furious with Community Health Systems, McGreal reports, and are expressing their frustration by refusing to go a hospital it owns.

“What (CHS) didn’t bargain for was that people were going to be so mad at them that they wouldn’t go to Poplar Bluff,” nurse Cindy Anderson (who worked at Twin Rivers for 39 years before it closed last year) told The Guardian. “I am blown away that that company would just leave all these people with no way to get medical treatment in an emergency. They just betrayed the people here.”