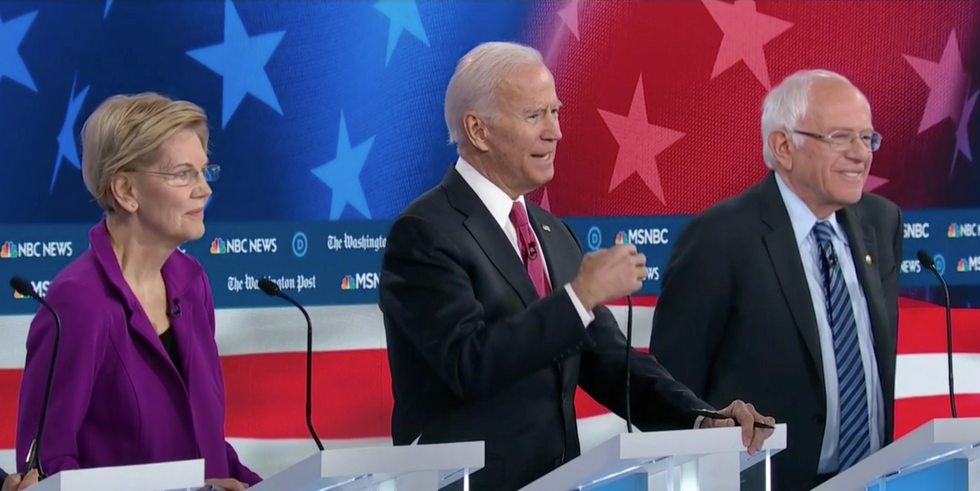 For decades, Republicans have been claiming that the mainstream media in the U.S. have a strong liberal bias — while Americans who actually identify as liberal or progressive strongly disagree and would argue that liberal/progressive outlets like Mother Jones and The Nation are crucial because left-of-center ideas don’t receive nearly enough attention from the mainstream media. John F. Harris, the former Washington Post reporter who co-founded Politico in 2007, has asserted that the mainstream media have a “centrist bias” — citing himself as an example. And David Leonhardt, in his column for the New York Times, agrees with Harris but takes the argument a step further by asserting that mainstream media can, at times, be overly dogmatic in their centrism.

“Centrist bias, as I see it, confuses the idea of centrism — which is very much an ideology — with objectivity and fairness,” Leonhardt explains. “It is an understandable confusion, because American politics is dominated by the two major parties: one on the left and one on the right. And the overwhelming majority of journalists at so-called mainstream outlets — national magazines, newspapers, public radio, the non-Fox television networks — really are doing their best to treat both parties fairly.”

But even if mainstream media’s desire to travel straight down the middle politically is well-intended, Leonhardt argues, there are times when those who think they’re trying to be fair can actually become quite unfair — for example, “the negative tone running through a lot of the coverage of Elizabeth Warren and Bernie Sanders this year.”

“Not every policy question posed to Democrats needs to have a conservative assumption, and not every question posed to Republicans needs to have a liberal one,” Leonhardt asserts. “If Warren and Sanders are going to be asked whether their solutions go too far, Joe Biden should be asked whether his solutions are too timid: Mr. Vice President, many economists believe that inequality is bad for an economy, so are you doing enough to attack inequality?”

“Political and economic journalism,” Leonhardt writes, “too often…. treats the center as inherently sensible. This year’s Democratic presidential campaign has been a good case study. The skeptical questions posed to the more moderate Democrats are frequently about style or tactics: are you too old? Too young? Too rich? Too far behind in the polls?”

Leonhardt continues, “The skeptical questions for the more progressive candidates, Sanders and Warren, often challenge the substance of their ideas: are you too radical? Are you being realistic? And, by golly, how would you pay for it all?”

Leonhardt wraps up his column by stressing that while liberal candidates like Warren and Sanders shouldn’t be exempt from “skeptical” coverage, they shouldn’t receive an excessive amount of it either

“The world is more surprising and complicated than centrist bias imagines it to be,” Leonhardt observes. “Sometimes, people like Bernie Sanders and Elizabeth Warren are right. Even when they’re not, they deserve the same skepticism that other politicians do — no less, no more.”