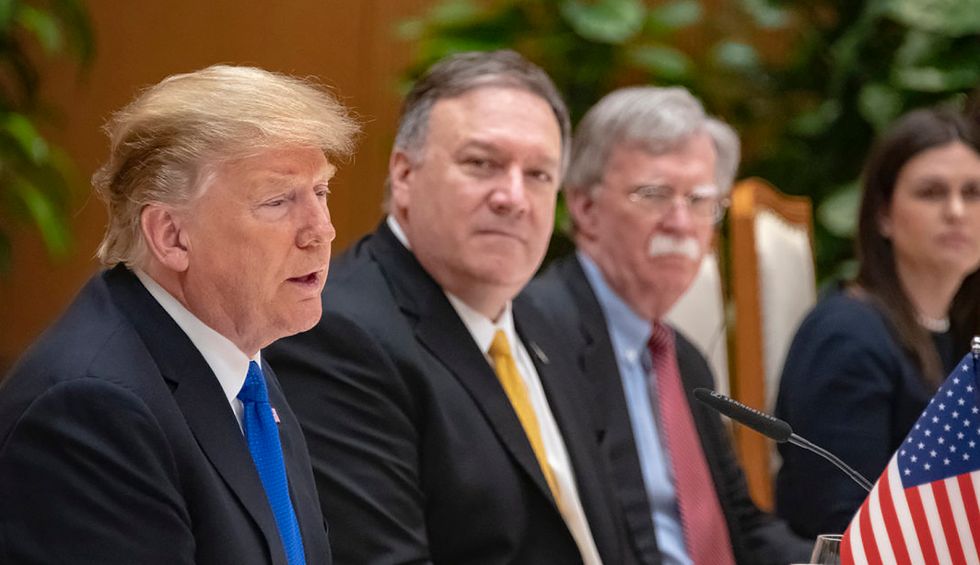 During the Ukraine scandal and the recent House impeachment hearings, one of the talking points that supporters of President Donald Trump have repeated countless times is that military aid to Ukraine was eventually released in September — without President Volodymyr Zelensky and his associates conducting a full-scale investigation of either former Vice President Joe Biden or his son, Hunter Biden. Regardless, Trump critics are troubled by the fact that the aid was withheld as long as it was. And an in-depth New York Times report by Maggie Haberman, Eric Lipton and Mark Mazzetti describes the conflict over Ukraine aid that took place within the Trump Administration and the Pentagon during an 84-day period.

In June, the Times reports, Trump first asked about putting aid to Ukraine on hold — and on June 27, aide Robert B. Blair warned, “Expect Congress to become unhinged.” Blair feared that Trump’s request would further the narrative that he was pro-Russian government.

“Mr. Blair was right, even if his prediction of a messy outcome was wildly understated,” the Times reports. “Mr. Trump’s order to hold $391 million worth of sniper rifles, rocket-propelled grenades, night vision goggles, medical aid and other equipment the Ukrainian military needed to fight a grinding war against Russian-backed separatists would help pave a path to the president’s impeachment.”

Haberman, Lipton and Mazzetti report that Trump’s hold on military aid to Ukraine was met with opposition from some of his “top national security advisers” — and that opposition was “more intense than previously known.” In a “previously undisclosed” Oval Office meeting that took place in late August, according to the Times, Defense Secretary Mark T. Esper as well as Secretary of State Mike Pompeo and former National Security Adviser John Bolton “tried but failed to convince” Trump that “releasing the aid was in interests of the United States.”

A key figure in the turmoil during that 84-day period was Acting White House Chief of Staff Mick Mulvaney, who the Times describes as a “conduit for transmitting Mr. Trump’s demands for the freeze across the administration.” And the Times reports that “by September, after the freeze had become public and scrutiny was increasing, the blame game inside the administration was in full swing.”

“The task of dealing with the president’s demands fell primarily to a group of political appointees in the West Wing and the budget office, most with personal and professional ties to Mr. Mulvaney,” according to the Times. “There was no public announcement that Mr. Trump wanted the assistance withheld. Neither Congress nor the Ukrainian government was formally notified.”

On December 18, Trump was indicted on two articles of impeachment by the U.S. House of Representatives. But it remains to be seen how soon a Senate trial will take place, and House Democrats are hoping that Bolton and Mulvaney will be among the witnesses in the trial.