Matt Gaetz buried in mockery after Nadler shuts down his impeachment tantrum: 'Is he crying yet?' 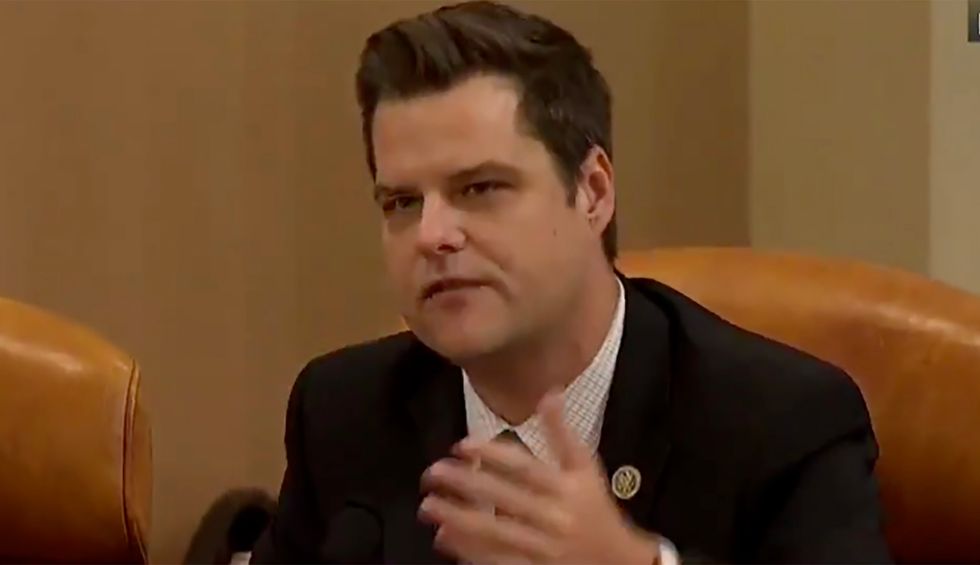 During a blitz of procedural complaints by House Judiciary Committee Republicans insisting on a ruling that committee Chairman Jerry Nadler (D-NY) denied, Donald Trump-defending Rep. Matt Gaetz (R-FL) rose above this GOP colleagues with a rant about the proceedings only to be quickly gaveled to silence by the chairman.

Twitter commenters watching the proceedings were quick to mock Gaetz for putting on another performance obviously aimed at impressing the president only to have it shut down.

As former GOP consultant Rick Wilson described the outburst, “Matt Gaetz got put in the corner.”

@TheRickWilson Kick their freakin' butts out of they can't behave like sensible, respectful, ADULTS!!! They are goi… https://t.co/vWOCrwrYbb
— Steen (@Steen)1575902422.0

@TheRickWilson Watching these Republicans act out for an audience of one is disgusting.
— Scottgb (@Scottgb)1575902289.0

@TheRickWilson Both he and Jim should be removed from office at the next election, not necessarily for their suppor… https://t.co/u8PbA51aFB
— Jules (@Jules)1575902757.0

@TheRickWilson @mattgaetz should be the poster child for contraception.
— Andrea (@Andrea)1575902514.0