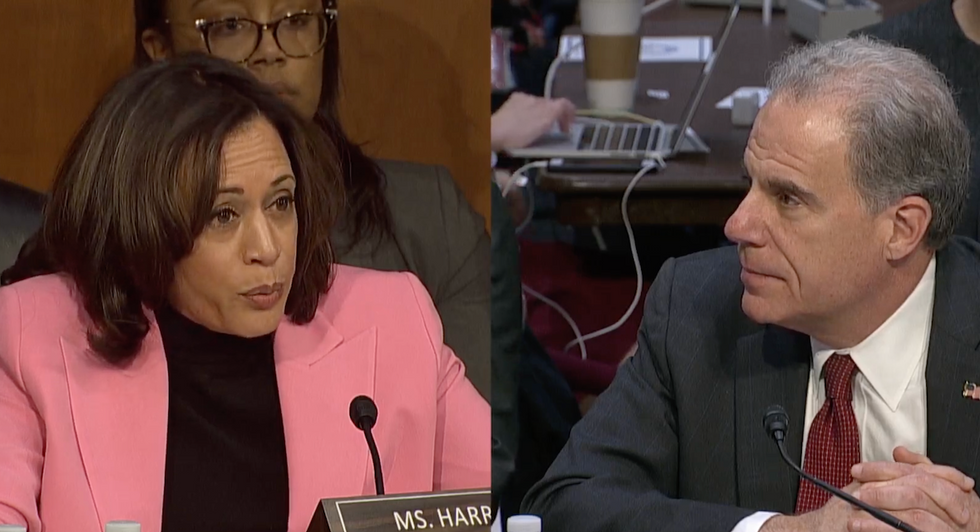 Harris noted that one of Barr's ongoing investigations was "launched to do the bidding of President Trump, [and] has two objectives: One, to undermine the integrity of our intelligence community; the goal, to cast doubt on the finding that Russia interfered in the 2016 election in order to benefit the Trump campaign. And two: to intimidate the men and women of our intelligence committee by suggesting that our national security professionals will face serious consequences if they investigate wrongdoing on the part of this president or his operatives."

She said that Horowitz has an obligation "to investigate misconduct committed by the attorney general of the United States, who is doing the bidding of the president to undermine our intelligence community. I trust you take that duty seriously."

Horowitz said that he takes it seriously but that he's legally prevented from looking at the misconduct of DOJ lawyers, which includes the attorney general himself.

"The law has to change, senator," Horowitz said. "

"If I propose legislation to change the law, would you support that?" Harris asked.

"Absolutely," he said, noting that there's already relevant legislation that has unanimously passed the House of Representatives.

He also went on to say that he finds the allegations about Rudy Giuliani's work in Ukraine on behalf of the president concerning, but he is not currently investigating the matter.