'It's possible': Devin Nunes dodges when asked if he spoke to indicted Giuliani associate 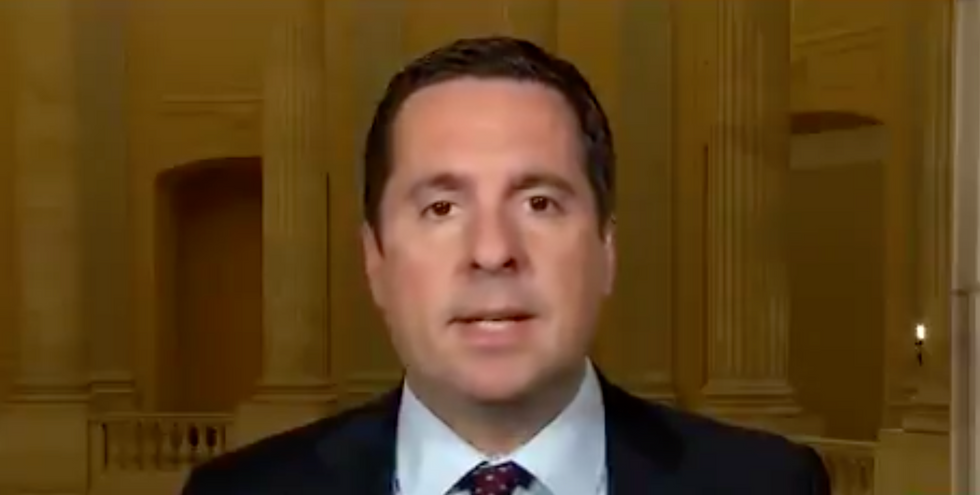 Parnas has been indicted in the Southern District of New York on campaign finance charges related to the Ukraine scandal, and he is known to have worked with Giuliani as the former mayor carried out his scheme to pressure the foreign country to investigate President Donald Trump's political rivals. On Tuesday, the House Intelligence Committee's report on the Ukraine investigation revealed that phone records show at least four calls between Nunes and Parnas' phones in April, two of which were long enough for substantial conversations to have occurred.

"Did you ever talk to this guy Les Parnas [sic], or whoever his name is?" Hannity asked Nunes.

"You know," Nunes said, starting to sputter. "It’s possible. But I haven’t gone through all my phone records. I don’t really recall that name. I remember the name now because he's been indicted."

He continued: "You know, and I'll go back and check all my records. But it seems very unlikely that I would be taking calls from random people."

Of course,  it was a complete non-answer. Nunes used most of his time to attack CNN, who he is now suing over a report in which the outlet relayed claims that Parnas' lawyer made on behalf of his client. Parnas claims that Nunes met with a disgraced Ukrainian prosecutor in 2018 in Vienna to gather dirt on former Vice President Joe Biden. Nunes refused to comment on the story to CNN before publication, but he has since denied the claims and said CNN defamed him. However, his allegations against CNN are ludicrous, because the network did not claim it had verified Parnas' assertions. And since Nunes refused to comment on the story before publication despite being given multiple opportunities, he has little ground to stand on when complaining that the story was unfair.