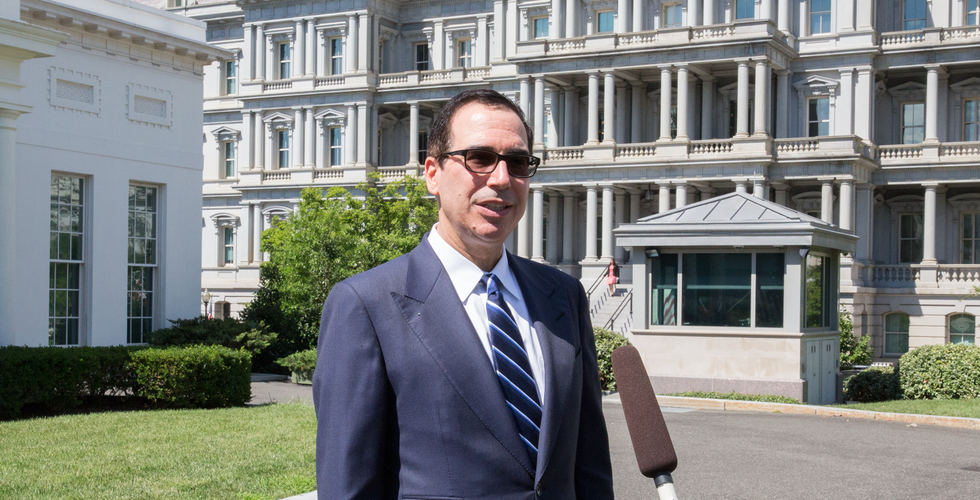 Lobbyists representing some of the largest corporations in the world, the Times reported, targeted two provisions in the original 2017 law designed to bring in hundreds of billions of dollars in revenue from companies that had been dodging U.S. taxes by stashing profits overseas.

"The corporate lobbying campaign was a resounding success," the Times noted. "Through a series of obscure regulations, the Treasury carved out exceptions to the law that mean many leading American and foreign companies will owe little or nothing in new taxes on offshore profits... Companies were effectively let off the hook for tens if not hundreds of billions of taxes that they would have been required to pay."

The two provisions are known by the acronyms BEAT (base erosion and anti-abuse tax) and GILTI (global intangible low-taxed income). Shortly after Trump signed the $1.5 trillion tax bill—which slashed the corporate tax rate from 35% to 21%—lobbyists from major American companies like Bank of America and General Electric as well as foreign banks swarmed the White House in an effort to gut the BEAT and GILTI taxes.

Trump's Treasury Department largely granted the lobbyists' wishes, turning what was already a massive corporate handout into an even more generous gift to big companies and banks.

The Organization for International Investment—a powerful trade group for foreign multinationals like the Swiss food company Nestlé and the Dutch chemical maker LyondellBasell—objected to a Treasury proposal that would have prevented companies from using a complex currency-accounting maneuver to avoid the BEAT... This month, the Treasury issued the final version of some of the BEAT regulations. The Organization for International Investment got what it wanted.

The lobbying surrounding the GILTI was equally intense—and, once again, large companies won valuable concessions... News Corporation, Liberty Mutual, Anheuser-Busch, Comcast and P.&G. wrote letters or dispatched lobbyists to argue for the high-tax exception. After months of meetings with lobbyists, the Treasury announced in June 2019 that it was creating a version of the exception that the companies had sought.

David Enrich, financial editor for the Times, said the newspaper's estimate that major companies received tens of billions of dollars in additional tax breaks thanks to the Treasury Department is "conservative."

"The cumulative effect," said Enrich, "is that a tax law already disproportionately benefiting the richest of the rich has become an even greater windfall for the world's largest companies and their shareholders."

The ridiculous thing: companies appear to not be properly disclosing what they’re paying under these new taxes. Whi… https://t.co/VHd3ZLmHST
— David Enrich (@David Enrich) 1577710226.0

Sen. Elizabeth Warren (D-Mass.), a 2020 Democratic presidential candidate, tweeted in response to the Times story that "Trump is the most corrupt president in history, and here's the latest example of how that corruption helps giant corporations at the expense of small businesses and working families."

"Too many corporations are cashing in on all the benefits of America while skipping out on the bill," said Warren. "Companies that make massive profits shouldn't be paying less in federal income taxes than working families."

As Hunter Blair of the Economic Policy Institute noted on the two-year anniversary of the passage of Trump's tax cuts last week, "the $4,000 annual boost to average incomes that the White House Council of Economic Advisers promised to working families because of the [Tax Cuts and Jobs Act] did not—and will not—happen."

"While it's been worse-than-advertised for working families," Blair wrote, "the TCJA has been an even bigger boon to large corporations and rich households."