How the Trump presidency is reversing history 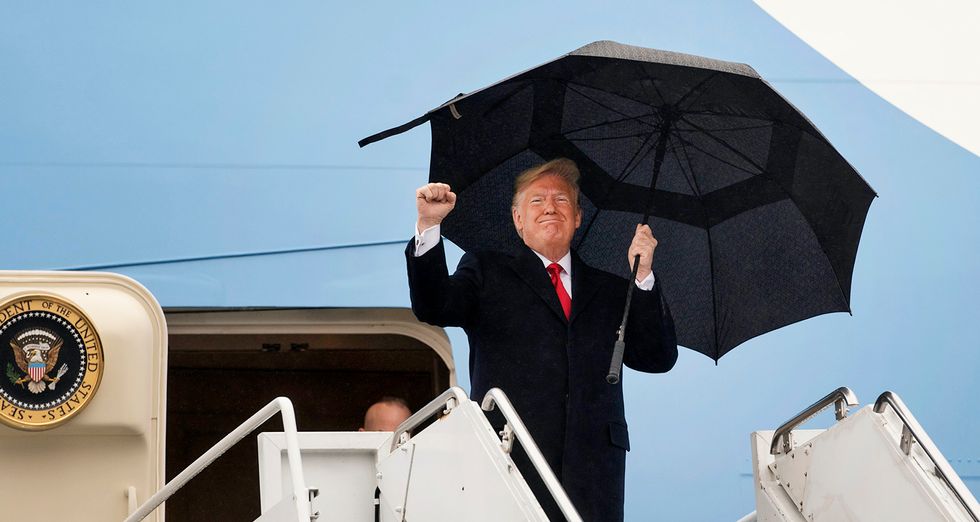 History never exactly repeats itself. But sometimes it reverses itself. It is doing that now. As Thucydides, the father of scientific history, observed, history can provide us with a road map to travel forward and backwards as we try to understand why human beings and human societies act as they do. In the hands of a Thucydides, the markers for our travel with history are fixed and clear. But mostly we move through our lives with little certainty, seeing the past dimly in front of us, even if we use history carefully and wisely, but mostly with the future behind us, unseen and unforeseeable.

Right now the reversal we have in mind is the movement from late twentieth-century liberal democracy to seventeenth-century autocracy. Moving forward from 2019 is looking a lot like moving backward from 1689. In that year 330 years ago, King William III became the first undeniably limited or constitutional monarch of England through the creation and promulgation of the English Bill of Rights.

If that title sounds familiar, it is because our Bill of Rights was modeled on the earlier English law. The constitutional limitations on the monarch had been preceded by the attempt of William's predecessor, King James II to be an absolute sovereign, to rule without parliament, and to nullify the force of laws through his prerogative powers. James was acting in the spirit of his father Charles I and his grandfather James I who quoted the Bible that kings were little gods (Psalm 82). James II was overthrown by the Glorious Revolution.  In short, effective constitutional government in England was only reached through a century-long struggle against four kings who aspired to be absolute rulers.

The United States is deep into the reverse process. Members of Congress of the United States under President Donald Trump, acting upon their own politically calculated self-interests—they need the votes of Trump's unwaveringly loyal supporters to stay in o office—defer to him with little meaningful struggle. President Trump's refusal to release congressional mandated military funds to an American ally, the Ukraine, that is at war with its much more powerful enemy Russia showed contempt for Congress as much as it was a ploy to help his prospects for reelection.

While the kings of England were propped up by the divine right of kings, the president of the United States is propped up by the theory of the unitary executive. According to this theory, the unitary ruler both makes and administers laws. George W. Bush relied on this theory to claim that there were no limits on our chief executive's judgment. We got warrantless surveillance of our personal communications, and cruel, inhuman and degrading, euphemistically 'enhanced', interrogation of detainees in defiance of statues and acts of Congress. Garrett Epps has underscored that the temptation for chief executives, men—so far—desirous of power and possessing hubristic levels of self-confidence, to do what they want and what they think right, has been irresistible for all presidents, Democrat or Republican, from Ronald Reagan onward. The current deference of the US Senate to President Trump makes it legislatively moribund. It is a foregone conclusion that the Senate will acquit Trump.

The excesses of King Charles I led to the English Civil War and his trial in early 1649. He refused to defend himself on the grounds that he was above the law. Legally, he was right; but he was convicted and executed. Like Charles, Trump refused to defend himself during the recent Intelligence and Judiciary Committee on the grounds that they had no jurisdiction over him. He will fare better than Charles I, who was convicted and executed, just as one would expect when history is running backwards.

If Trump is not convicted in the Senate of abusing his power and obstructing Congress, he will be emboldened. Unlike King James II, who was ousted, Trump will continue to debase the government and weaken American security. It is unlikely that "the hollow men" of the Senate, men stuffed with campaign money and, like Roman senators in the late empire, basking in the vain-glory of merely occupying high office, will have the courage to do their duty, reverse the reversal of history, and remind our president that he is a mere chief executive and not King Donald I.