How does Devin Nunes pay for all the lawsuits he's filing against journalists, satirists and political critics? Good question 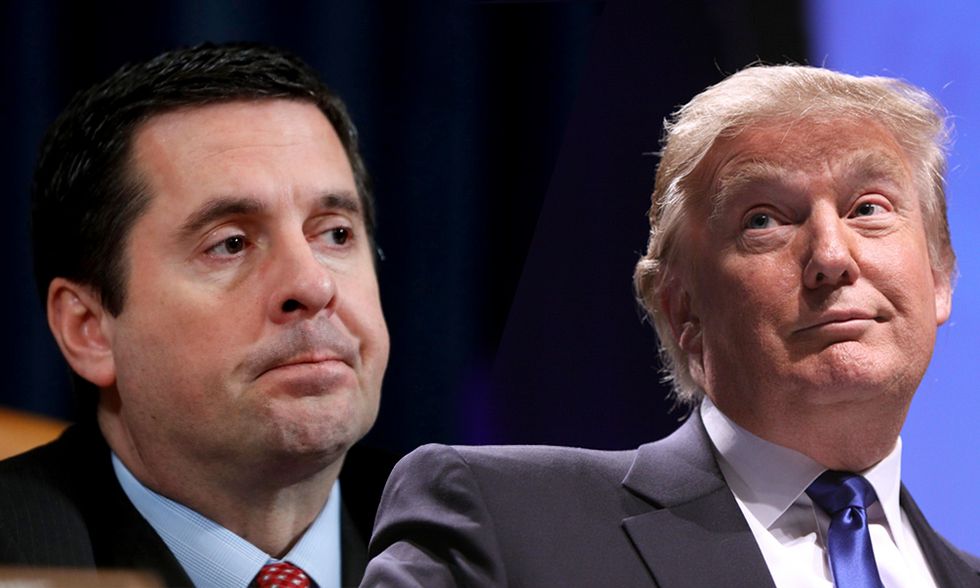 These lawsuits were mainly filed in Virginia — a state with very loose laws against so-called "SLAPP suits," or meritless lawsuits intended to drown people in legal expenses in retaliation for expressing political opinions. Nunes was assisted in these suits by Steven Biss, a Virginia attorney, and yet except for the suit against the retired farmer, there is no clear record in Nunes' FEC reports of how he paid for the suits.

"That means Nunes is either paying for the lawsuits out of his own pocket, promising to pay his lawyer a portion of any money they’re awarded in court at a later date, or flouting House Ethics rules that would require him to publicly disclose who is funding the legal work," concluded the Bee.

The Bee has itself faced public attacks from Nunes after publishing a story about cocaine and prostitutes allegedly found on a charity yacht cruise financed by a winery that Nunes is invested in. McClatchy, the media company that owns the Bee, is the target of one of Nunes' lawsuits.

"Nunes would have to set up a legal defense fund to accept free legal services or to receive money from a benefactor. Members of Congress have strict rules against receiving generous gifts, with some exceptions for family," noted the Bee. However, "Nunes has no such fund set up, according to a public records search by McClatchy. Even under the rules of that fund, set up by Congress, no one person could donate more than the $5,000 limit," according to Campaign Legal Center general counsel Kedric Payne.

Some of Nunes' critics, said the Bee, have speculated that he may have a right-wing billionaire backing him, in much the same way Hulk Hogan's lawsuit against Gawker was financed by pro-Trump tech billionaire Peter Thiel. "But the wealthy benefactor theory seems less probably than in the Gawker case with the wide range of entities Nunes is suing ... And, unlike Hogan, Nunes would face penalties if he had a benefactor and did not disclose it. The House Ethics [Committee] could impose fines on Nunes if it found he had improperly received gifts as a congressman, according to Payne."

Virginia defamation attorney Lee Berlik believes the most likely answer is that Biss is working pro bono or on contingency. “It would not surprise me ... He’s getting a lot of free publicity – people are learning his name," he said.