Here's why there should have been more than 2 articles of impeachment against Trump: conservative columnist 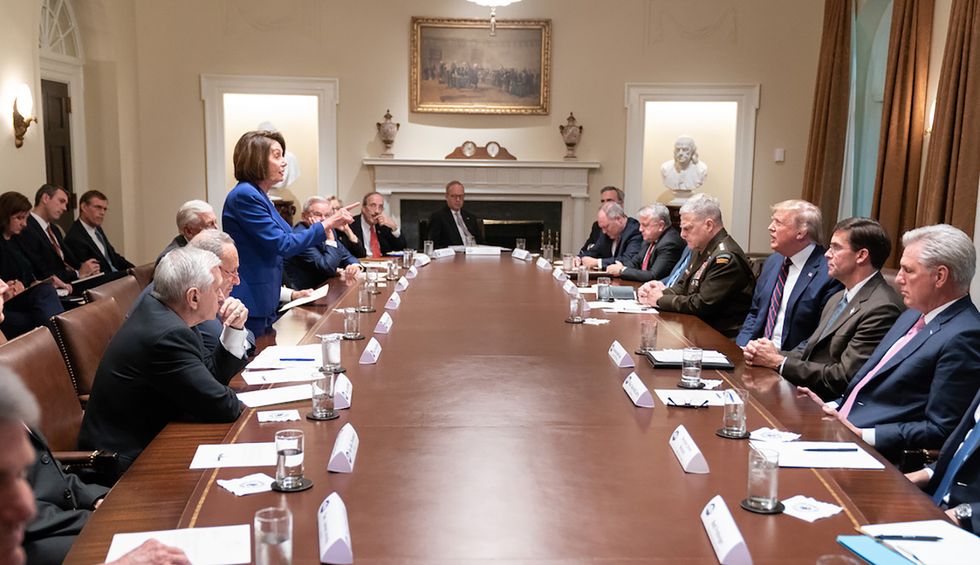 At a Tuesday morning press conference in Washington, D.C., House Democrats — including Speaker Nancy Pelosi, House Intelligence Chairman Adam Schiff and House Judiciary Chairman Jerrold Nadler — officially announced plans to bring two articles of impeachment against President Donald Trump: one for abuse of power, the other for obstruction of Congress. Never Trump conservative Charles Sykes, in a December 11 piece for The Bulwark, applauds House Democrats for taking that action. But he does have a criticism of Pelosi, Schiff, Nadler and others: in Sykes’ view, two articles of impeachment against Trump isn’t enough — there should have been more.

Sykes writes that there are “notable virtues” to the abuse of power and obstruction of Congress articles brought by leading House Democrats. Quoting a December 10 article by five legal experts at the Lawfare website — Scott R. Anderson, Susan Hennessey, Margaret Taylor, Quinta Jurecic and Editor In Chief Benjamin Wittes — Sykes agrees that the two articles of impeachment are “written in clear language, without lawyerly turns of phrase or technicalities” and are “designed to tell a straight-forward story in terms that are easy to understand.”

But the conservative journalist goes on to assert that while “this is all admirable,” it “also reflects the political choices and compromises that produced it.” Sykes points out that House Democrats did not bring an article of impeachment for “bribery,” for example — and they made a point of sticking to the Ukraine scandal in order to avoid a “GOP relitigation of the Mueller probe.”

“Like an amputated limb,” Sykes writes, “we can still feel that missing third article.”

Sykes notes that Hennessey, in a December 10 tweet, argued that by ignoring the findings of former special counsel Robert Mueller in their articles of impeachment, House Democrats made a decision that was politically convenient but didn’t fully address the breadth of Trump’s corruption. Hennessey tweeted, “Democrats are so concerned about being viewed as motivated by political optics rather than constitutional obligation that they are ignoring the constitutional obligation because it’s better political optics.”

Democrats are so concerned about being viewed as motivated by political optics rather than constitutional obligatio… https://t.co/glMZHxyewW
— Susan Hennessey (@Susan Hennessey) 1576012606.0

I read this portion of Article II as a reference that permits House managers to introduce evidence of the obstructi… https://t.co/yCPMBpy734
— Joyce Alene (@Joyce Alene) 1576018545.0

Sykes, who co-founded The Bulwark in December 2018 with fellow anti-Trump conservative Bill Kristol, concludes his piece by stressing that no matter how challenging it is politically, House Democrats must hold Trump accountable.

“Even impeachment has fallen victim to the Trump Era, in which we are so awash in scandals and abuses that is hard to keep up or keep track — much less draw distinctions between what is merely annoying and what is truly dangerous,” Sykes asserts. “But that’s Congress’ job, and they need to do it — even if it’s politically inconvenient.”