Hallmark movies are the most insidious authoritarian propaganda — here's how 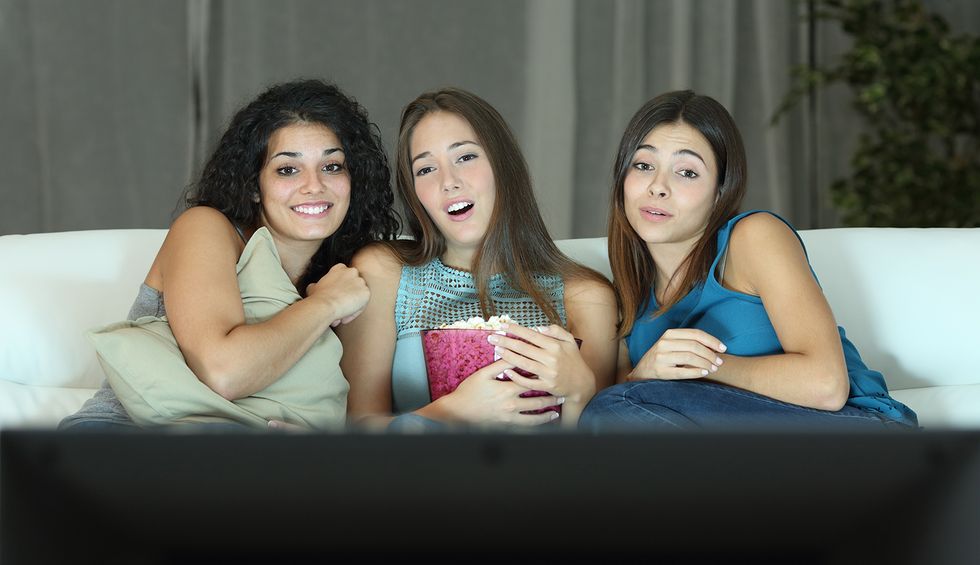 The Hallmark Channel has been having a rough go of it in the past few weeks. The cable TV behemoth, which has been minting money with its patented holiday season schmaltz, drew widespread criticism earlier this month when it pulled ads for the wedding company Zola that featured a lesbian couple kissing at their wedding. The company's initial excuse was that they do not allow ads that feature "overt public displays of affection," claiming the policy is "regardless of the participants."

This was, obviously, nonsense, as couples kissing at weddings is not only not outré, but generally seen as mandatory (and features in the channel's numerous rom-coms). Unsurprisingly, critics quickly found plenty of examples of straight snogging on the channel that shows that sexual orientation was the sole reason for the ad pull. (That, and Hallmark was clearly responding to a right-wing pressure campaign claiming that lesbian kissing "ruined" the channel's "family friendly" offerings.) Hallmark then flip-flopped, apologizing for pulling the ads and claiming they have been "a progressive pioneer on television for decades" and "committed to diversity and inclusion."

Which is, of course, laughable to anyone who has even glancing knowledge of the channel's offerings. Running down this year's schedule of Christmas movie offerings is like a trip into an uncanny valley of shiny-teethed, blow-dried heteronormative whiteness, with only a few token movies with characters of color. It's like watching "The Stepford Wives," but scarier, since the evil plot to replace normal people with robots is never actually revealed.

None of this should be a surprise, because Hallmark movies, as cloying and saccharine as they are, constitute the platonic ideal of fascist propaganda.

That is probably a startling statement to some. When most of us think about fascistically propagandistic movies, we think of the grotesque grandeur of Leni Riefenstahl's films celebrating the Third Reich — grand, but cold sweeping shots of soldiers goose-stepping and flags waving, all meant to inspire awe and terror. But the reality is, even in Nazi Germany, the majority of movies approved by the Nazi minister of propaganda, Joseph Goebbels, were escapist and feather-light, with a Hallmark movie-style emphasis on the importance of "normality."

There's plenty of reason that empty-headed kitsch fits neatly in the authoritarian worldview. It's storytelling that imitates the gestures of emotion without actually engaging with real feeling. The Hallmark movie steers clear of the real passion or deeper emotion that tends to be the engine driving more artful fiction. Characters who have real feelings, after all, can prompt empathetic reactions in the audience, and empathy for others is the greatest single threat to the authoritarian mindset. And so schmaltz walks through the paces of "love" without touching on any of the messy but compelling realities of it.

Instead of characters driven by real feelings, therefore, the guiding hand of "normalcy" pulls the characters along through narratives — and unsurprisingly, that idea of "normalcy" doesn't have a lot of room for the true diversity of American experiences.

This much is evident in the efforts to include Jewish characters in recent Hallmark holiday movies which, by all accounts, seems like a complete disaster — in part because the rule of "normalcy" reorients everything towards a very narrow, sentimentalized version of Christmas.

"In the Hallmark-Lifetime Cinematic Universe, Hanukkah and the characters who celebrate it exist only in relation to Christmas," Nancy Coleman of th New York Times complained, adding that the Hallmark movie "Holiday Date" could, with "remarkably little editing" turn into "a Jewish 'Get Out.'"

Britni de la Cretaz, writing for the Washington Post, not only complained that the Jewish Hallmark movies were "Christmas movies with Jewish characters," but also that the movies "rely on some of the oldest anti-Semitic tropes in the book," such as painting one Jewish character as the "perpetual outsider" who is "sneaky, untrustworthy."

"The drama hinges on Jewish characters being compelled to observe Christmas, and the tension resolves only when these outsiders learn how to participate in or appreciate the dominant religious tradition," she adds.

Sadly, it's hard to imagine it being any other way. The qualities that people cite when they defend Hallmark movies — comforting, formulaic, soothing — are all a result of the aggressively conformist impulse that drives them. And that impulse and fealty to the dominant culture stands in direct contrast to the values of diversity Hallmark facetiously claims to hold.

Hallmark movies, with their emphasis on returning home and the pleasures of the small, domestic life, also send a not-at-all subtle signal of disdain for cosmopolitanism and curiosity about the larger world, which is exactly the sort of attitude that helps breed the kind of defensive white nationalism that we see growing in strength in the Donald Trump era.

If you don't believe me, listen to authoritarians themselves. At the Federalist, which is ground zero website for generating frankly fascist "culture war" arguments, Hans Fiene argues that, "culturally speaking, Hallmark Christmas movies are noticeably Christian."

By this, Fiene isn't talking about characters who actually go to church or pray — even self-identified conservative Christians don't want to see that — but a set of patriarchal and authoritarian values that are more about white evangelicals defining themselves as an ethnic group, and not about a genuine feeling of spirituality.

The movies always depict a "heroine who begins the story loving her self-involved life in the city chooses family and a life of self-sacrifice in her hometown," he writes, arguing that it's the "last remaining hideout" for those who want a fantasy of a world where "the cynicism and immorality of modern life aren’t allowed." By "cynicism and immmorality," Fiene explains he's talking about "fornication" and acceptance of "sexual deviants," by which he means LGBTQ people.

None of this, of course, means that everyone who watches Hallmark Christmas movies is some kind of fledgling fascist. These movies are not for me, but I believe people when they say they find it relaxing to watch these predictable movies that have low stakes because none of the characters feel like real people. I've got my own flavors of trashy entertainment I fully enjoy without mistaking it for high art. (Baby Yoda, what's up?)

Still, it's critical to be mindful of the role that Hallmark movies are actually playing in our society. The very fact that they're presented as harmless fluff makes it all the more insidious, the way they work to enforce very narrow, white, heteronormative, sexist, provincial ideas of what constitutes "normal."

It's easy to spot fascist propaganda when it's goose-stepping Pepe-the-frog memes. It's a lot harder to notice how it's working when it's tied up in Christmas cheer and suggesting grinchhood of anyone who questions the rigidity of its worldview.

Ultimately, there's a reason that authoritarian religious right groups like One Million Moms and American Family Association — who made the initial demands on Hallmark to end the lesbian-inclusive ads —  believe that the Hallmark Channel "belongs" to them. They may use euphemisms like "family friendly," but as there is nothing more family friendly than light PDAs from loving couples at weddings, we can say for certain that is not what bothers them. Instead, it's because they believe Hallmark is "safe" because it excludes people who don't fit their extremely rigid ideas about what constitutes "normal."

"So many people feel betrayed because this is one of the very last channels that families could go to and not be bombarded with politically correct commercials and the LGBTQ agenda," the American Family Association griped in a press release.

Note that the language is solely that of exclusion. This isn't about Christian conservatives wanting more Hallmark movies that show characters who actually go to church or anything like that. What makes something "family friendly" and "Christian" is who is not allowed inside the fantasy land of impossibly expensive rural houses and women who are realizing that they wanted to just get married to the boy next door all along.

Ultimately, there is probably no way to square the claim to believe in "diversity" with fascistic impulse that guides the current crop of Hallmark movies, which center always around these frankly MAGA-style ideas about what constitutes "real" America. As the Jewish movies show, the best that Hallmark can do is some token "diversity" that wipes out most of what makes people actually diverse.  Their money comes from selling a vision of America that increasingly authoritarian conservatives wish to believe once existed and can be restored again — an America that excludes most of an increasingly urban, racially diverse,  cosmopolitan nation. That won't change no matter how many inclusive Zola ads the network airs.