‘Guantanamo on domestic soil’: The Trump administration is using an obscure provision of the Patriot Act to indefinitely detain a Palestinian man 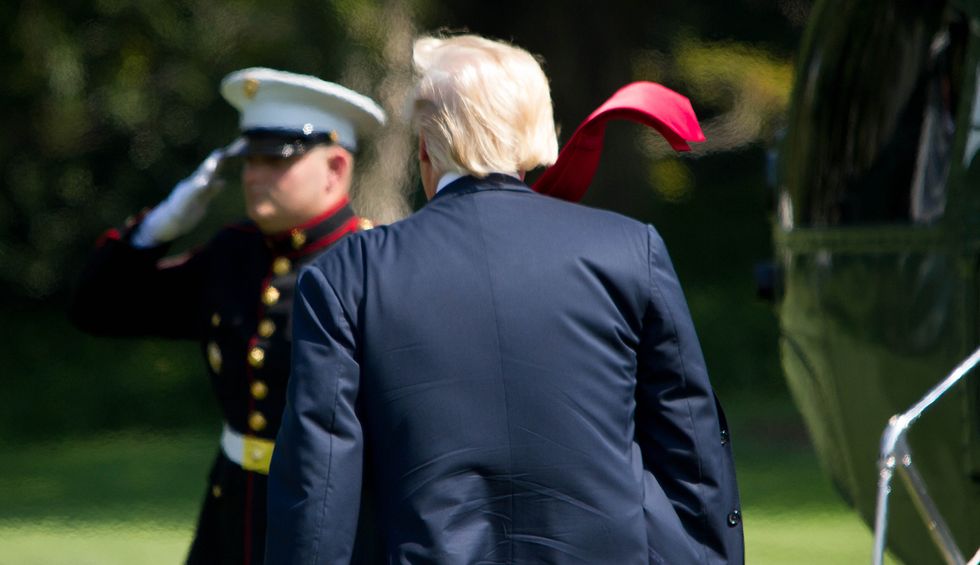 After President George W. Bush signed the Patriot Act into law on October 26, 2001 — primarily in response to the 9/11 terrorist attacks — critics of the law, from the American Civil Liberties Union (ACLU) to members of the right-wing Libertarian Party, argued that it gave the federal government way too much power. One of the provisions of the Patriot Act that civil libertarians have a problem with is one permitting indefinite attention of non-U.S. citizens; that provision went unused under Bush and President Barack Obama, but as journalist Spencer Ackerman explains in a Daily Beast article, it is now being used under President Donald Trump in the case of Adham Amin Hassoun.

Hassoun, who is Palestinian, was detained for an immigration violation in 2002 — and although he was never tried for any terrorist plots, he was sentenced to 15 years in prison for writing checks to Muslim charities that had extremist ties. Hassoun, Ackerman notes, “should have been a free man in 2017. Instead, he found himself in the custody of Immigration and Customs Enforcement, which locked him up in western New York. It was there that Hassoun’s case turned extraordinary.”

Ackerman explains that although the U.S. Department of Immigration and Customs Enforcement (ICE) wanted to deport Hassoun after he served his 15-year sentence, his “statelessness as a Palestinian got in the way” — and Lebanon, where he was born, wouldn’t accept him. Nor would Israel. And in the U.S., Hassoun remains behind bars because the Trump Administration has declared him to be a security threat under Section 412 of the Patriot Act.

“Section 412 gives the government broad powers to detain non-citizens on American soil whom it can’t deport but deems, on ‘reasonable grounds,’ to be engaged in ‘activity that endangers the national security of the United States.’” And on August 9, former Acting Homeland Security Secretary Kevin McAleenan told Hassoun that he will “remain in the custody of U.S. Immigration and Customs Enforcement (ICE) pending your removal from the United States or reconsideration of this decision.”

Jonathan Hafetz, an ACLU attorney, has major problems with Section 412. Hafetz told the Daily Beast, “If the government were to prevail in its claim of extraordinary and unprecedented executive power, the government would be free to lock up non-citizens indefinitely based solely on executive say-so — even after they completed serving their sentences.”

Nicole Hallett, a law professor at the University of Buffalo, is deeply troubled by Hassoun’s case.

“This is Guantanamo on domestic soil,” Hallett told the Daily Beast. “The government is trying to detain him as long as it wants, and that prison happens to be in Batavia, New York — not at Guantanamo Bay.”