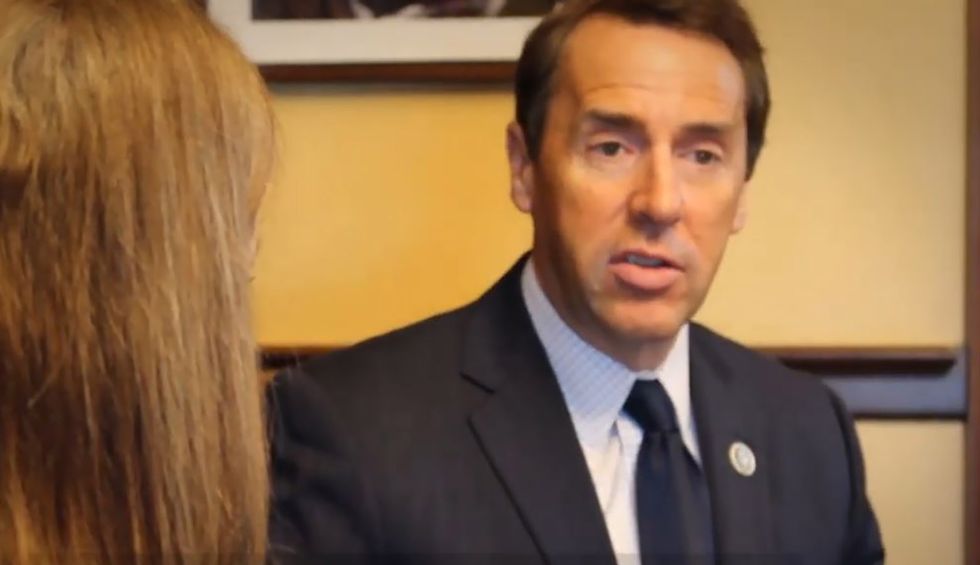 U.S. Rep. Mark Walker of North Carolina, one of the top House Republicans, is retiring from Congress. Walker is the Vice Chairman of the Republican Conference, serving under Chairwoman Liz Cheney (R-WY). He is also the former chairman of the far right wing Republican Study Caucus, the largest ideological caucus in Congress.

A three-term Congressman and a Baptist pastor, Walker is highly-ambitious, but decided to throw in the towel after a court ruling on his gerrymandered district turned it from highly Republican to lean Democratic.

He is also extremely sexist and anti-LGBTQ. He supported North Carolina’s devastating and discriminatory HB2 law and voted against reauthorizing the Violence Against Women Act. He also called women “eye candy” in a 2017 press conference.

Earlier this year Walker was one of only 50 Congressmen and Senators who signed onto an amicus brief urging the Supreme Court to rule that discriminating against LGBTQ people is legal.

The brief was so extreme it suggested LGBTQ people do not exist, but rather are choosing “actions, behaviors, or inclinations,” which is false.

Congressman Walker says he wants to run for the Senate in the future.

“As I have always sought to have serving people supersede our ambition, I will dedicate my full heart and efforts to finishing my term in Congress. After we have secured more conservative policy and Republican electoral victories for North Carolina, we will take a look at the 2022 Senate race, and we are thankful to have President Trump’s support.”