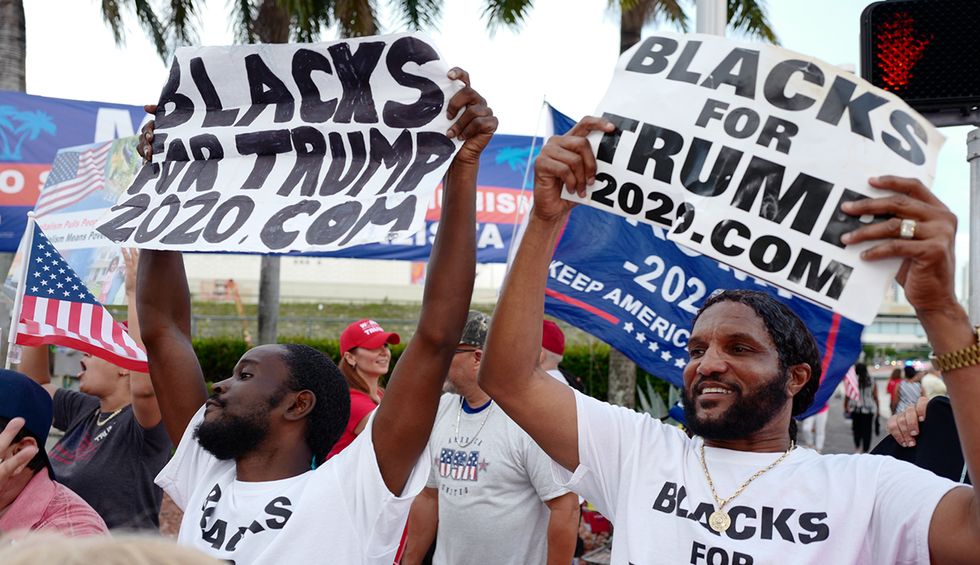 According to a report from Axios, a pollster found three years of Donald Trump as president appears to be motivating black voters to turn out en masse for the upcoming 2020 election.

The report notes that “Black voter turnout declined significantly in 2016 nationally and in key swing states, ultimately contributing to Hillary Clinton’s loss to Donald Trump,” before adding, “New details from focus groups and polling suggests that the motivation to remove Trump from office is firing up black Americans to head to the polls next November.”

Conducted by Third Way and the Joint Center, analysts sat down with nine focus groups of black voters and non-voters to address the election and found displeasure with the president was the number one motivating factor ramping up plans to head to the polls.

“Black Americans’ increased motivation to vote next year stems from an intense opposition to President Trump and a belief that he ‘has been a disaster for our country, and we need to do everything we can to vote him out,’ according to the survey,” Axios reports.

At the top of their list of complaints was a belief that Trump has incited hatred against the black community.

“Most respondents said they believe Trump’s election has emboldened people with racist views to express them publicly,” the report states, adding, “Women’s top priority when thinking about the presidential election is affordable housing — something you rarely, if ever, hear from Trump’s re-election pitch. For black men, their top concern is health care costs — something Democrats have been hammering since before the 2018 midterms.”

A larger than usual turnout of black voters could seriously cripple the president’s re-election prospects in midwestern states that he narrowly he won in 2016, with the report stating, “Among respondents overall, just 45% live in cities, while a majority live in small towns, rural areas or suburbs.”