Debbie Dingell: Donald Trump 'kicked me in the stomach' when he implied my late husband is in hell 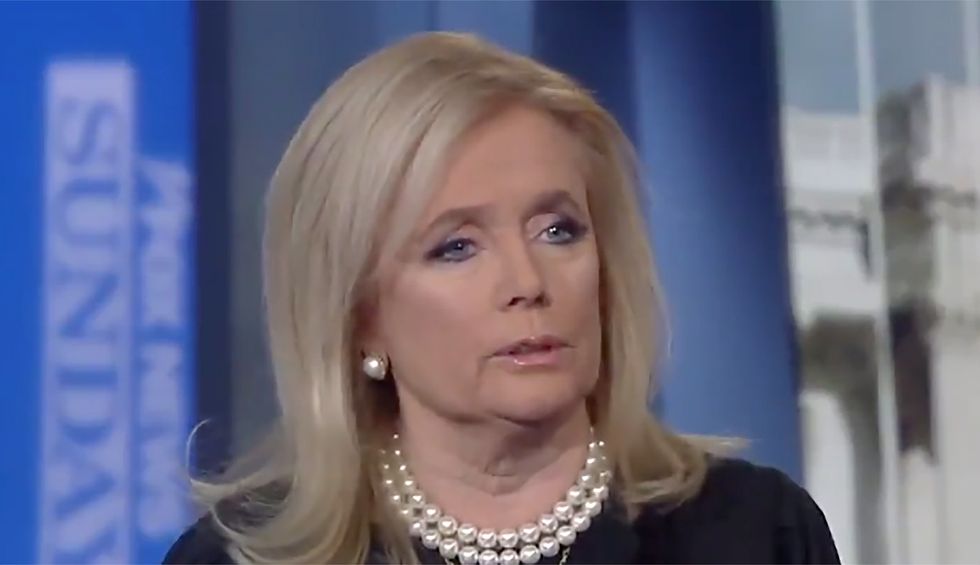 Rep. Debbie Dingell, D-Mich., told Chris Wallace on "Fox News Sunday" that President Donald Trump's joke about her late husband being in hell "just sort of kicked me in the stomach."

"It just sort of kicked me in the stomach," Dingell told Wallace after the Fox host played a clip of the president's remark during a campaign rally in Michigan last week. "It was the politicization of something that didn't need to be so. And by the way, John Dingell earned. He was buried in Arlington Cemetery because he was a World War Two veteran."

Dingell added that, although Speaker of the House Nancy Pelosi offered to lay him out in the Capitol Rotunda, the congresswoman had said no because she didn't want her husband treated differently than other World War Two veterans. The late John Dingell had served in Congress from 1955 to 2015, a nearly six decade-long tenure that made him the longest serving congressman in American history.

"[Trump] called me to tell me he was lowering the flags," Dingell told Wallace on Sunday, recalling the president's response after her late husband passed away from prostate cancer in February. "And to this day and this minute, I am grateful that he did it. I was grateful for the call. He was kind and empathetic. It meant a lot to somebody who was hurting and loved her husband."

She also explained that, while she was appreciative of Trump's actions after her husband died, she did not believe that that meant she needed to vote against impeachment.

"Those are two different issues for me … we have to learn in our country that you can agree to disagree agreeably," Dingell explained to Wallace.

She added, "I think there are lines you don’t cross. I don’t want an apology, I don’t want a campaign to begin around that. What I do want is people to take a deep breath and think going forward that their words have consequences, that they can hurt, and how do we bring more civility back to our political environment?"

At another point during the interview, Dingell defended Pelosi's decision to hold off on sending the articles of impeachment to the Senate, arguing that she was not doing anything that had not also been done during President Bill Clinton's impeachment from 1998 to 1999.

"I don't know what the timeframe will be, but I'd like to remind people that when President Clinton was impeached, he was impeached on Dec. 19 and the managers were not appointed until Jan. 6. The Congress does not return until Jan. 6," Dingell told Wallace.

Trump aroused controversy last week when he implied that Dingell's husband may be in hell in a speech that criticized Dingell for supporting impeaching him.

“Debbie Dingell — that’s a real beauty,” Trump told a rally in Michigan, appearing to reference the physical appearance of the representative from Michigan. After saying he had given Dingell “A-plus treatment” when her husband passed away, he claimed that "I don’t want anything from it. I don’t need anything for anything." He also said that Dingell had told him, “John would be so thrilled. He’s looking down. He’d be so thrilled.’” The president then suggested, “Maybe he’s looking up — I don’t know.”