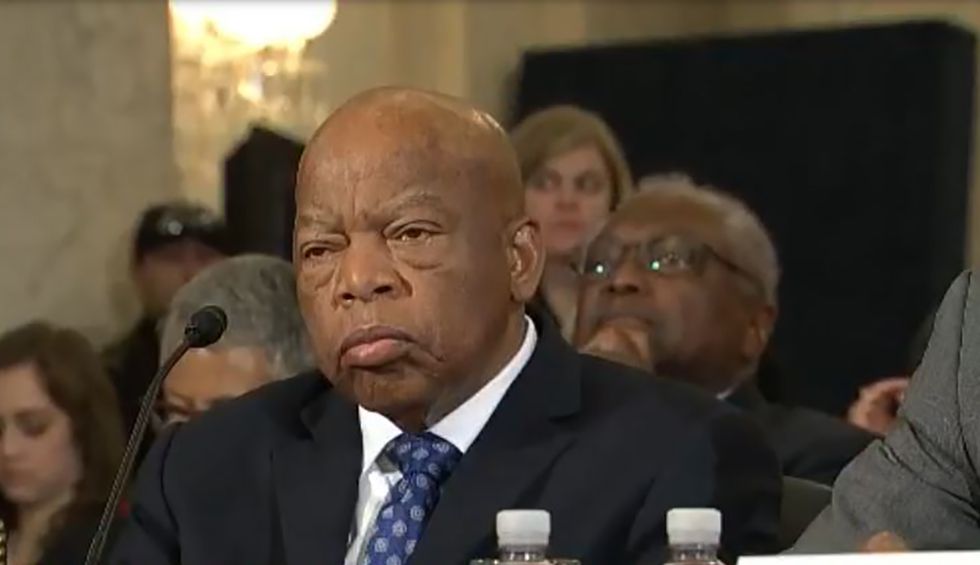 “While I am clear-eyed about the prognosis, doctors have told me that recent medical advances have made this type of cancer treatable in many cases, that treatment options are no longer as debilitating as they once were, and that I have a fighting chance,” Lewis said, as reported in a press release from his office. "So, I have decided to do what I know to do and do what I have always done: I am going to fight it and keep fighting for the Beloved Community. We still have many bridges to cross.”

"So I have decided to do what I know to do and do what I have always done: I am going to fight it and keep fighting for the Beloved Community,” Lewis added. “We still have many bridges to cross.”

Lewis has been fighting for the rights of the disenfranchised since he was a student at the historically black Fisk University organizing sit-ins to advocate against segregation at lunch counters in Nashville, according to his web biography. He is well-known for his work participating in Freedom Rides, which seated black and white passengers amongst each other, on trips throughout the South to advocate for desegregation and equality. On those rides, Lewis was often met with mobs of enraged racists, and in one incident, he was "beaten severely" and arrested, according to the biography.

The 79-year-old congressman who now represents Georgia's 5th congressional district said although he was diagnosed last month during a routine checkup, "with God’s grace I will be back on the front lines soon.” "To my constituents: being your representative in Congress is the honor of a lifetime. I will return to Washington in coming days to continue our work and begin my treatment plan, which will occur over the next several weeks,” Lewis added.