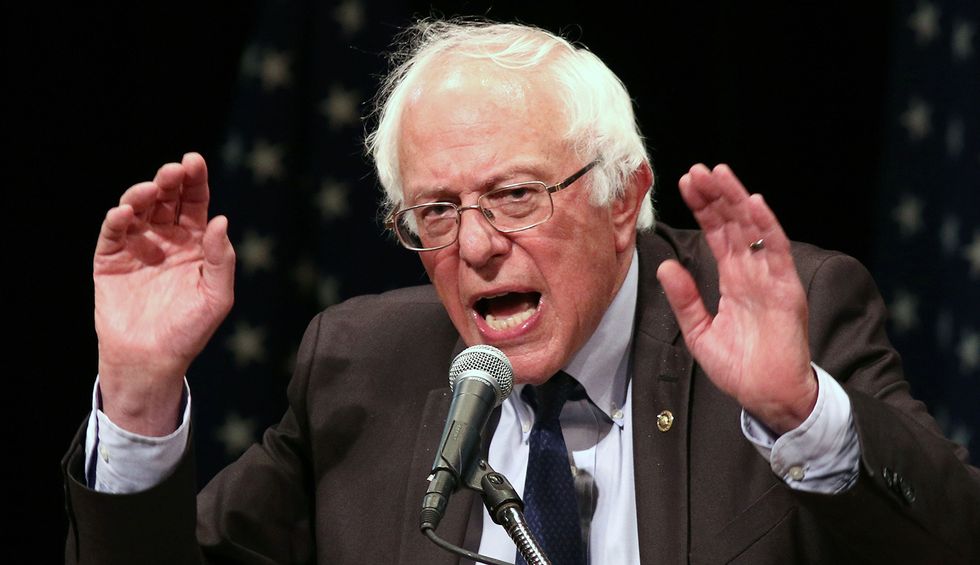 “Deficit hawks” in the Republican Party can be very inconsistent when it comes to federal deficits: the same Republicans who attacked President Barack Obama as a “tax-and-spend Democrat” have had no problem with federal deficits under President George W. Bush or President Donald Trump. Sen. Bernie Sanders of Vermont calls out the hypocrisy of so-called “deficit hawks” in a December 16 op-ed for the Washington Post, noting how inconsistent they can be.

“I find it ironic that when I and other progressive members of Congress propose legislation to address the many unmet needs of workers, the elderly, the children, the sick and the poor, we are invariably asked, ‘How will we pay for it?,” the 2020 presidential candidate asserts. “Yet we rarely hear that question with regard to huge increases in military spending, tax breaks for billionaires or massive subsidies for the fossil fuel industry.

The 78-year-old Sanders gets into specifics, noting the types of programs so-called “deficit hawks” in Congress hate to fund.

“Despite the fact that 87 million Americans are uninsured or underinsured,” Sanders writes, “the establishment tells us every day that we cannot join the rest of the industrialized world and guarantee health care to all as a human right through a Medicare-for-all, single-payer system. Even though roughly half of older Americans have no retirement savings and 20% of senior citizens struggle to survive on an income of less than $13,500 a year, we have been told by the corporate elite that we must cut Social Security.”

This week, Sanders explains, the U.S. Senate is voting on President Donald Trump’s proposed military budget. The Vermont senator and self-described “democratic socialist” notes that he plans to vote against it.

“When it comes to giving the Pentagon $738 billion — even more money than it requested — there is a deafening silence within Congress and the ruling elites about what our nation can and cannot afford,” Sanders asserts. “Congress will just authorize and appropriate all of this money without one penny in offsets, no questions asked.”

Sanders goes on to slam the Republican tax bill of late 2017, which he vehemently opposed. Billionaires, he observes, “now pay a lower tax rate than the bottom 90% of Americans.”

The senator wraps up his op-ed by stressing that the U.S. needs an economy that works for most Americans rather than catering to billionaires, millionaires and giant corporations.

“I am running for president because it’s time for a new vision for America and a new set of priorities,” Sanders notes. “Instead of massive spending on a bloated military budget, tax breaks for billionaires and huge subsidies for the fossil fuel industry, we need to invest in the working families of this country and protect the most vulnerable. We need a government that represents all of us, not just the corporate elite.”