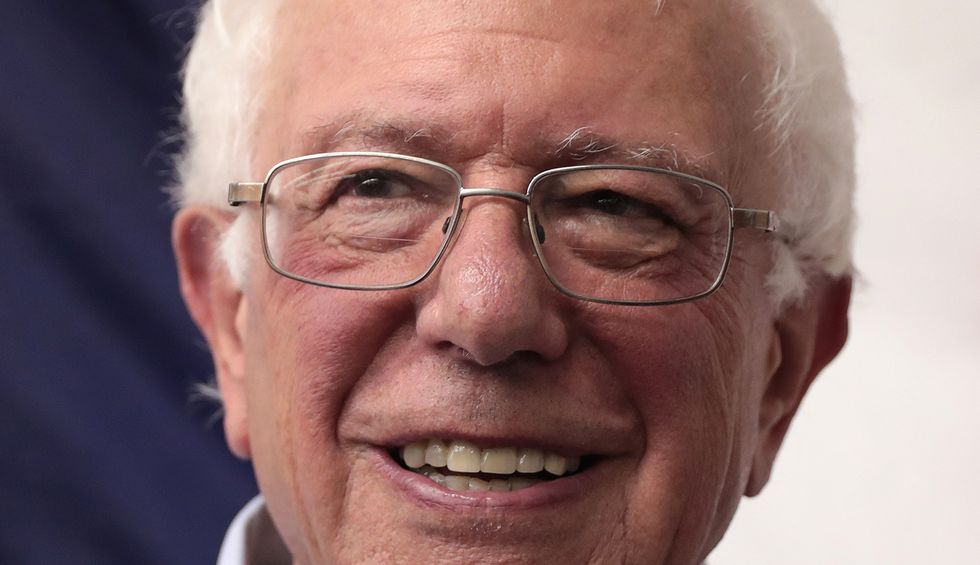 After House and Senate negotiators reached an agreement Monday on a massive annual military spending measure, Sen. Bernie Sanders and Rep. Ro Khanna condemned the bipartisan compromise as "a bill of astonishing moral cowardice" that will hand the Pentagon $738 billion in 2020 while doing nothing to end U.S. complicity in Saudi Arabia's assault on Yemen.

"Congress should have used this National Defense Authorization Act to stop our endless wars," Sanders and Khanna said in a joint statement late Monday. "Instead, this bill does nothing to rein in out-of-control military spending, prevent unconstitutional war against Iran, limit the poisoning of Americans' drinking water, or end the obscenity of innocent children in Yemen being killed by U.S. bombs."

The two progressives noted that the tens of billions of dollars in additional Pentagon spending under the 2020 NDAA would be "more than enough to fund tuition-free public college across America."

Voters would be appalled to know that instead of seizing the opportunity to end illegal U.S. participation in the horrific Saudi-led bombings of Yemen, Congress will continue to fund Trump's unconstitutional war, which threatens to kill 24 million Yemenis facing starvation and disease. Americans will be furious to learn that Congress refused to protect Americans from being poisoned by toxic PFAS chemicals polluting their drinking water.

Every member of Congress should vote against this measure. There is no pressing reason for Congress to shower Trump, his Saudi friends, and the Pentagon contractors of the military-industrial complex with this $738-billion taxpayer giveaway right now. We owe it to the American people to go back to the drawing board. Congress must say no.

As Common Dreams reported last month, Sanders and Khanna led an effort to include amendments to the NDAA that would cut off U.S. support for Saudi Arabia's bombings in Yemen, which have fueled the worst humanitarian crisis in the world.

But during negotiations with the Senate, the House agreed to strike from the final NDAA a provision that would have suspended the sale of U.S. air-to-ground munitions to Saudi Arabia and the United Arab Emirates for one year. No other amendments to end U.S. complicity in Yemen were included in the measure, which could receive a vote in the House as soon as Wednesday.

House-backed provisions to stop Trump from attacking Iran and reverse the president's transgender military ban were also cut out of the final version of the 2020 NDAA.

The House did agree to create a "Space Force"—a move long supported by Trump—in exchange for 12 weeks of paid parental leave for federal workers.

Joe Cirincione, president of Ploughshares Fund, said "it looks like the House got completely rolled on every single policy issue."

"The bill left the House authorizing a ton of money plus important restrictions on nuclear weapons and war policy. Comes back with all the money and zero policy," Cirincione tweeted late Monday. "I support parental leave for federal workers but, seriously, this is a domestic policy issue.  What is it doing on a Pentagon spending bill? Was this the leadership's call? They have a lot of explaining to do on why they caved on every single national security policy. Looks weak."

"This is nothing more than a massive giveaway to the Saudi and Emirati governments, corporate interests, and the military-industrial complex," Kizer said. "Any member worth their salt must vote no."