'A mammoth fraud': Trump's tax cuts were a giant bust — here's how Democrats need to use it against him 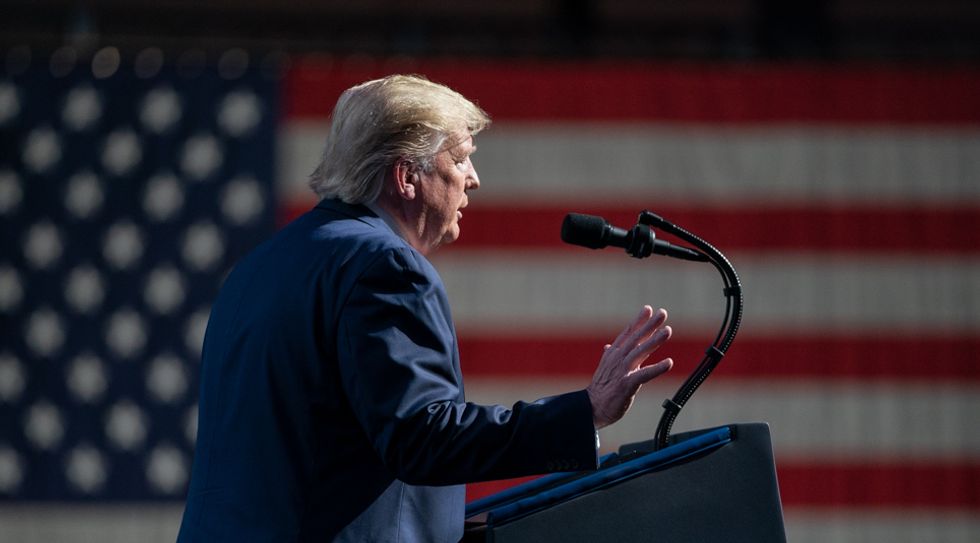 President Donald Trump is preparing to run for re-election by citing the strength of the American economy. But while most Americans do feel relatively at ease with the state of the economy, Trump's major signature legislation that was supposed to trigger an economic boom — the 2017 tax cuts — is turning out to be a bust. And if Democrats want to undermine Trump's message on the economy, they would be wise to focus on this massive failure.

Trump signed the Tax Cuts and Jobs Act two years ago now, prompting reflection on how it measures up to the promises made.

The diagnosis is not pretty for the GOP.

"The 2017 bill cut individual and corporate tax rates, raised the standard deduction, limited deductions for state and local taxes and allowed businesses to immediately write off outlays for new equipment, among other provisions. We were told it would propel economic growth to new heights, unleash a flood of capital investment, turbocharge job creation and boost wages," he wrote. "But two years later, the evidence of failure is undeniable. Almost every promise made has been a promise broken."

Catherine Rampbell, an economics writer for the Washington Post, agreed.

Trump, Senate Majority Leader Mitch McConnell, and other defenders of the package made numerous promises for the bill at the time it was passed. Trump said it could help the economy reach a nearly unprecedented 6 percent growth rate. McConnell said the new law would actually raise government revenues, despite the fact that it cut tax rates. It was supposed to prompt a surge in business investment spending. The White House said it would actually "increase average household income in the United States by, very conservatively, $4,000 annually."

And Rampbell noted that "business investment has shrunk each of the past two quarters," and "inflation-adjusted wages are rising at about the same year-over-year pace as they were in the couple of years before Trump took office."

So what does this mean for the 2020 election?

As Vox's Matt Yglesias argued recently, I don't think it's wise for Democrats to pretend that the economy is doing poorly when it isn't. Polls suggest that most voters just won't agree, so they may undermine their own case by claiming the economy is worse than it is. It would be worthwhile to point out, as Rampbell does, that "the president always gets too much credit when the economy is good and too much blame when the economy is bad. The president frankly doesn’t have that much control over big macro trends."

But they should focus on the broken promises. Americans don't feel like they got the huge tax cut that the Republicans promised. They surely noticed that they're not suddenly taking home $4,000 more a year. And most Americans think that rich people aren't paying enough in taxes.

So instead of talking about whether we're living through a good economy, Democrats should argue that the economy is fair. Sen. Bernie Sanders (I-VT) and Sen. Elizabeth Warren (D-MA) have both focused on this question in their presidential campaigns. They can use the question of the economy's fairness to slam the Republicans' continued focus on tax cuts for the wealthy. They could also point out, too, that Trump promised a massive tax cut for everyone before the 2018 midterm elections — a promise he quickly abandoned.

Focusing on the ways in which the economy is unfair — and the ways in which GOP governance makes it even more unfair — could be a winning issue for Democrats. This is especially true if they run on extremely popular ideas like a wealth tax, which is anathema to Republicans And these issues can easily be tied to Trump's personal corruption: his spending of government funds at his properties, his violations of the emoluments clauses, the Ukraine scandal that has led to his impeachment. All of these narratives feed back into the same central narrative of a fundamental unfairness in society, of powerful people getting more than they deserve, and how Republicans make it worse.